2020 NFL Season Preview with Geoff Schwartz and Myron Medcalf
1 hour 10 minutes Posted Sep 8, 2020 at 4:29 pm.
0:00
1:10:30
Download MP3
Show notes
Are you ready for some football? The NFL season kicks off Thursday nighty when the defending Super Bowl Champion Kansas City Chiefs host the Houston Texans. To prepare you for the 2020 season, Matt is joined by his former Sunday NFL Countdown co-hosts Geoff Schwartz and Myron Medcalf to break down all 32 NFL teams ahead to what will be a season unlike any other. Highlights: 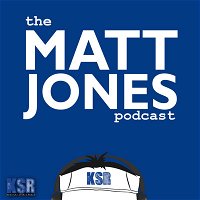