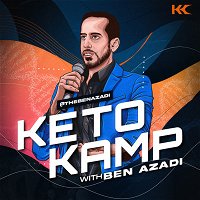 Ben Azadi interviews Paul Beatty for a discussion all about how cancer grows in the body, and how to reverse aggressive cancer.

Paul Beatty, B.A., B.P.H.E., M.B.A., was the national account manager for Canada, for a Fortune 500 company, who in the 1980s came down with a metabolic disease that doctors could not diagnose.

After severe flu like feelings and high fever for days, his left side broke out in many patches of bleeding eczema. Neurological  symptoms followed and overwhelming fatigue with pain.

Doctors first thought it was Multiple Sclerosis, but after specialists in infectious diseases picked up high titres of Epstein Barr virus, Cytomyclo Virus, and HHV6, the diagnosis became -Myalgiac Encephalomyelitis plus fibromyalgia plus malignant hypothermia. Because it was viral, the doctors said they could do nothing at this time but would treat the symptoms. Later, Paul started losing hair, had cysts that had grown in his back cut out and lost 8-10 teeth due to root caries.

Paul, an inveterate researcher, continued to get sicker by the day, but he never stopped looking for answers. Finally, he discovered a clinical trial run by Dr. David Horrobin, the Canadian biochemical researcher who eventually healed him. The trial was overseen by Dr. Peter Behan and his wife. It was published in "Acte Neurological Scandinavia" using EFAs as treatment for "Post Viral Syndromes like Epstein Barr Virus".

Dr. Behan was a Harvard Trained Neurologist and head of the Neurology Department at Royal Glasgow Hospital in Scotland. Dr. Horrobin was the collaborator behind the "Double Blind Crossover Trial".

At the time of  Dr. Horrobin’s passing Paul promised his mentor's wife he would carry on the work as best he could. For over 25 years Paul has been quietly helping cancer victims heal themselves one at a time.

During this time Paul has helped  hundreds and many of their testimonials are listed on the site. Ninety percent of the requests Paul receives come from people who were told there was nothing more oncologists could offer and they should go home and put their affairs in order.

Paul has gathered decades of research, both theoretical and practical, since he has had first-hand experience in successfully treating a wide variety of serious diseases. These include even the most difficult forms of cancer such as pancreatic and ovarian. His confidence is founded in success.

Paul has a production credit and appeared in a "Nature of Things" David Suzuki episode called "Lives in Limbo" in 1990s about CFS/Fibromy algia and EFAs. Also during the 1990s, Paul appeared on W5, CBC Journal, Dini Petty Show, and the Shirley Show as well as being published in the Canadian Journal of Health.

Paul believes that if we can heal the cell, we can heal anything because every part of our body is comprised of cells. And the cell is the unit of life. This is where health begins and ends.

http://www.Kettleandfire.com/ketokamp and use KETOKAMP at checkout to save 15% on your entire order.

Next
Trey Suntrup, Why Ketones Drop After Exercise, 3 Types of Ketones, The First Accurate Breath Ketone Meter - KKP: 161
← See all 274 episodes of The Keto Kamp Podcast With Ben Azadi