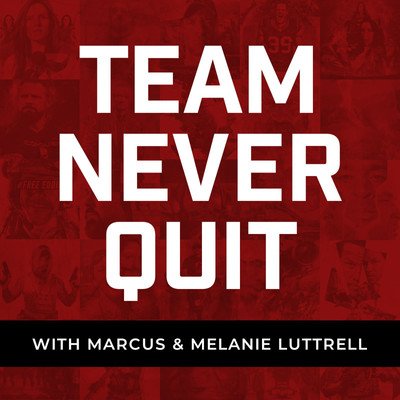 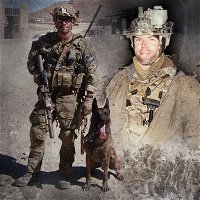 Travis Osborn: Airborne Ranger and Green Beret Medic who treated Marcus Luttrell in ORW Rescue Mission
1 hour 48 minutes Posted Nov 16, 2022 at 3:00 am.
0:00
1:48:23
Download MP3
Show notes
This week, the Team Never Quit Podcast presents an extraordinary man with an extraordinary military resume. Travis Osborn served as both an Airborne Ranger and a Green Beret in 17 tours in Afghanistan and Iraq, and was awarded the Bronze Star for heroic and meritorious service 15 times.
Travis played an integral part in the rescue of Navy SEAL "Lone Survivor" Marcus Luttrell. As an 18Delta Special Forces Medic, he treated Marcus while awaiting extraction from an Afghan village.
Listen in as Travis chronicles Marcus’ rescue, and the horrific conditions they had to endure to achieve it.
In this episode you will hear:
• When we got the call, we knew it was abnormal, and something was up – out of the norm.
• In the briefing, we were told that we had four SEALs on the run, a helicopter down, and we’re going in.
• We decided to put boots on the ground – whatever it takes. So our guys came up with a plan, and we stole some trucks from the marines.
• By the time we left, we had 120 people and 50 donkeys headed up the side of the mountain.
• None of us had ever worked together before.
• [Marcus]: “That’s what showed up to get me out of there.”
• We walked almost straight up a mountain for the next 3 days.
• We climbed 5,000 feet the first day and only walked a distance of 2 kilometers.
• It’s the most ass kick I’ve had in a long time.
• It was walking straight up shale, and every type of boots were cut.
• There’s a lot of ridiculousness in these situations.
• About halfway thru the village and from within a crowd of people, I looked and saw a really tall Afghani and saw that he he had tattoos.
• “You must be Marcus.” “Fuck yes, I am…”
• “We’re here to get you home.” And he said “Yeah, I’m just ready to go home.”
• [Marcus] “When they showed up, the literally looked like death.”
• We just recued a fuckin’ American. We walked in with a bunch of donkeys on foot, & found this guy in the middle of nowhere.
• To treat him, I threw him into the first thing I could find – it turned out to be a donkey pen with 10,000 years of donkey shit in it.
• The next time I see you is gonna be on Oprah.
• When you’re in mission mode, you don’t mentally unpack. You put all that shit in the deep freeze, then it takes a while to unpack it because it’s all at the bottom of the freezer.
This podcast uses Podsights for stats, and tracking, Audioboom for stats, and dynamic audio. Learn more on this podcast's About tab.