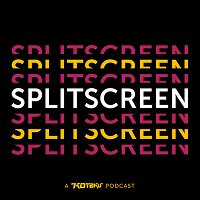 Papa Jason is back from paternity leave and he’s got a bunch of newfound parenting knowledge to share… or at least, he played a bunch of games and watched a bunch of TV. He and Kirk talk in-depth about Disco Elysium and The Outer Worlds, two of the games they’ve both been playing. Then Maddy shares some spare thoughts on her journey to the end of Fire Emblem. The *first* end, anyway.

After that they talk news, with some expectations and predictions about the upcoming BlizzCon, Ghost Recon Wildlands bombing hard enough to make Ubisoft delay a bunch of games, and the latest beleaguerment in the Fallout 76 saga.

Music Pick of the Week: “Just Another Day” by Oingo Boingo from Dead Man’s Party, 1985