After leaving the British Army, Simon Newton began a career in private security as a bodyguard for some of the biggest names in showbiz. His first gig was for none other than Michael Jackson himself. Newton recounts his first time meeting the King of Pop and what was like working for the superstar on the "Hollywood Raw Podcast with Dax Holt and Adam Glyn". Since his days with Jackson, he's protected some of the most high-profile celebrities in the world including Bella Hadid, Kendall Jenner, Rita Ora, and Naomi Campbell. Simon gets into what it's like being swarmed by paparazzi, his scariest moment on the job, and who was the "neediest" celeb he's ever worked with. You can continue to follow his journey on Instagram @simon.newton.

A Hurrdat Media Production. Hurrdat Media is a digital media and commercial video production company based in Omaha, NE. Find more podcasts on the Hurrdat Media Network and learn more about our other services today on HurrdatMedia.com. 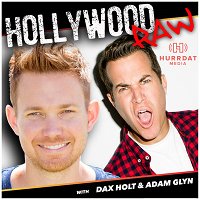