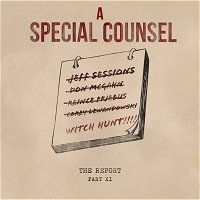 It’s May 17, 2017. White House Counsel Don McGahn is in the Oval Office with the president. McGahn’s job is to represent the office of the presidency, which isn’t quite the same as representing the president personally. It’s a delicate line to walk, and Trump hasn’t made the job any easier. McGahn is supposed to act as the point of contact between the White House and the Department of Justice, to ensure all the rules are being followed. But the president has made clear, he’s not interested in following the rules. Trump has already fired his FBI director. That’s why McGahn is in the Oval that morning, they need to interview a new nominee for the position. Attorney General Jeff Sessions is there too.

Sessions interrupts the meeting. He has an urgent phone call from the Deputy Attorney General Rod Rosenstein, so he steps outside to take it. Sessions returns a moment later and relays the message: Rosenstein has appointed a Special Counsel to oversee the Russia investigation. It’s the former FBI director, Robert Mueller.

Trump slumps back in his chair. He says, “Oh my God. This is terrible. This is the end of my Presidency. I’m fucked.” 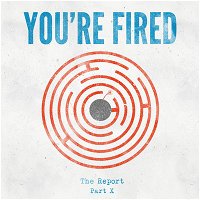 Next
Part XII: It Will Never Get Out
← See all 37 episodes of The Report