The [CB] is now imploding, the only way the [CB] is keeping it alive is through stimulus and low interest rates. Trump the patriots knew this, this is why they have forced the Fed to bring the rates to zero and pump stimulus. The patriots already knew their plan, they were ready for it, countermeasures in place. The [DS]/MSM [e] fraud playbook was already known by the patriots. The playbook was laid out for all of us to see. Now the fraud is being presented, the first stage is to drip the first part of the evidence. The next stage will be to present the hard facts and the final stage will show that these people [knowingly] committed a crime. Then and only then will the agency that oversees election integrity get involved. This is one of the biggest sting operations the world has ever seen. Panic everywhere. 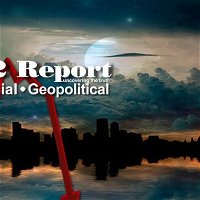