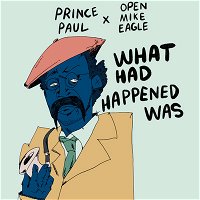 As Chris Rock was skyrocketing to fame as a stand-up comic he worked with Prince Paul to release three comedy albums that were so innovative and impactful that each one of them won a Grammy award. Here Prince Paul tells the story of thinking he was being pranked when Chris reached out to him and walks us through the development of each of the albums, including the hit single ‘No Sex in the Champagne Room’.

This podcast uses Megaphone for stats, tracking, and dynamic audio, Chartable for stats, and tracking. Learn more on this podcast's About tab.
Popular Now In
Music Interviews
#170

Previous
A Prince Among Thieves

Next
3rd Bass, MF DOOM and MC Paul Barman
← See all 12 episodes of What Had Happened Was