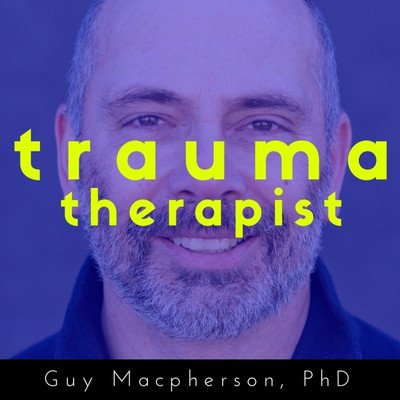 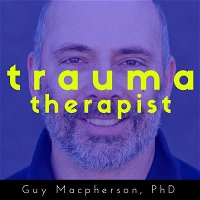 Sometimes after I do these interviews, I have to stop and really think about what I'm doing. I mean, with this job I've chosen. On the one hand, as we all know, this topic of trauma, is nothing short of devastating. Sometimes the interviews are challenging and stories can be hard to listen to.And yet at the same time, after almost all of the interviews I do, I walk away completely inspired, energized by the strength of my guests, and also truly hopeful with the courage of the human spirit.

Today's episode truly encapsulates each of those elements. And it was an interview that really did bring me back to center and made me realize (again!) that I'm in the right place and doing what I love.

The Kavanagh Sisters were born into a large family of ten children in the mid-1950’s and 1960’s in a disadvantaged area of Dublin, where their father sexually abused each of them for over two decades. In 1989 they made the decision to bring charges against their father and, in 1990, the Irish state took a successful case against him and he was convicted and sentenced to a term of seven years and was released having served five years.

A giant thank-you to my sponsors for making this podcast happen:

Do you struggle to help numb, disconnected clients who can’t feel emotion or explore inner experience?

Learn a comprehensive approach to conceptualize your clients’ concerns. Sensorimotor Psychotherapy uniquely includes the body in therapy as both a source of information and target for intervention…because words are not enough.

Go beyond theories and gain practical ways to open a new dimension for effective therapy.

CPTSD Foundation provides live, daily, peer-led, interactive group calls, in a safe atmosphere for survivors of complex trauma, equipping them with skills and information they can use every single day in their healing journey.

Receive 50% off the first month when you join at: http://bit.ly/2MEbBqc

In 1992 the sisters took part in a groundbreaking RTE documentary series entitled Tuesday File, Silent Scream (produced by Moya Doherty). Up to that point, RTE programmes on child abuse always had the interviewee’s face hidden and voices distorted, but my guests openly volunteered to share their story and despite the attempted injunction by their imprisoned father, the documentary was aired on RTE in October 1992.

The programme won a Jacobs Award in 1992 and early the next year the sisters were nominated for the Harvey’s/Sunday Independent Irish Women of the Year. This program also went on to be used as a training tool for professions dealing with abuse victims and won the US National Women’s Studies Association Award in 1994.

Support this podcast at — https://redcircle.com/the-trauma-therapist-podcast-with-guy-macpherson-phd-inspiring-interviews-with-thought-leaders-in-the-field-of-trauma/exclusive-content

This podcast uses Podtrac for stats, and Spreaker for stats. Learn more on this podcast's About tab. 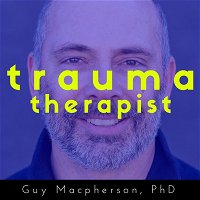 Previous
Episode 457: Dr. Pauline Thompson. The Courage and Healing of Our Own Truth

Next
Episode 459: April Harter. Racism and Trauma
← See all 698 episodes of The Trauma Therapist