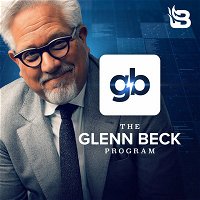 The experts on Glenn’s latest BlazeTV exclusive show confirmed that for the first time, we have proof of UFOs and beyond-next-generation technology. The DOJ accused NBC News’ Chuck Todd of “deceptive editing” after he falsely claimed AG Barr only dropped Michael Flynn’s case for political reasons. And Obama claimed the “rule of law is at risk.” But there’s growing evidence that Obama played a key role in setting up the Russia probe using false information! The press isn’t reporting on Tara Reade’s shocking interview with Megyn Kelly. Michigan barber shop owner Karl Manke joins to describe why he opened his shop, even after he was warned not to. There’s a modern-day common sense coming out of the pandemic.