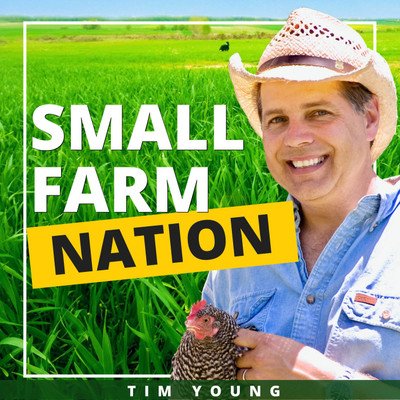 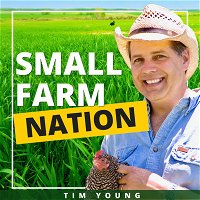 Artisan Cheese | Raising Goats | Homesteading
48 minutes Posted Oct 21, 2016 at 6:27 am.
0:00
48:44
Download MP3
Show notes
smallfarmnation.com
If you think it’s tough trying to raise a kid, try raising 185 hungry kids. Today, I’ll share the story of a New York lawyer and a high-end builder who decided to ditch their demanding clients so they could herd goats and make artisan cheese.

Kathryn Spann grew up in the farm country of Durham, NC, but she quickly fled to become a high-flying New York lawyer. But things go full circle in life, and when she met a high-end builder, Dave Krabbe, who had as much stress in his work as she did, they decided to opt-out of the rat race. They bought land, fell in love with goats and became farmstead artisan cheese makers at Prodigal Farm.

In no time, their goats were giving birth to almost 200 kids a year, meaning Kathryn and Dave had to quickly learn every aspect of sustainable farming. Milking, breeding, marketing, cheese making, pasture management--the skills and chores seem endless, and Kathryn and Dave work more hours for less money than before. But their life is much fuller and more rewarding, and they wouldn't trade it.

Kathryn shares her thoughts on cheese making, farming, Kickstarter crowdfunding, goats and much more. So grab some coffee and pull up a chair!