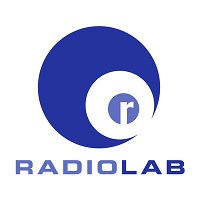 Since its inception, the perennial thorn in Facebook’s side has been content moderation. That is, deciding what you and I are allowed to post on the site and what we’re not. Missteps by Facebook in this area have fueled everything from a genocide in Myanmar to viral disinformation surrounding politics and the coronavirus. However, just this past year, conceding their failings, Facebook shifted its approach. They erected an independent body of twenty jurors that will make the final call on many of Facebook’s thorniest decisions. This body has been called: Facebook’s Supreme Court.

So today, in collaboration with the New Yorker magazine and the New Yorker Radio Hour, we explore how this body came to be, what power it really has and how the consequences of its decisions will be nothing short of life or death.

This episode was reported and produced by Simon Adler.

To hear more about the court's origin, their rulings so far, and their upcoming docket, check out David Remnick and reporter Kate Klonick’s conversation in the New Yorker Radio Hour podcast feed.

This podcast uses Podtrac for stats, and WNYC for . Learn more on this podcast's About tab.
Popular Now In
Documentary
#31

Next
Red Herring
← See all 148 episodes of Radiolab