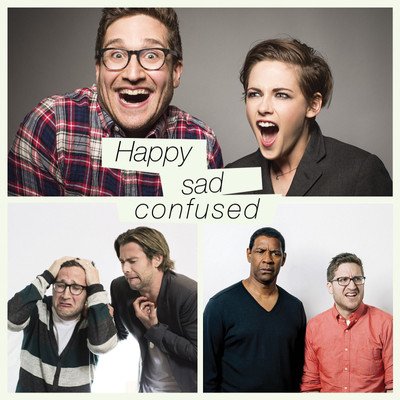 M. Night Shyamalan, so celebrated for his early films like “The Sixth Sense” and “Signs” has essentially reinvented himself in recent years, abandoning big budgets, to work on his own terms for psychological thrillers that could at times almost pass as black comedies. “The Visit” scored with critics and audiences alike and now he continues the trend with “Split”, starring James McAvoy as a man with DID (dissociative identity disorder). It’s all totally new territory for Shyamalan. Right? Not quite. If you’ve seen the film, (and if you haven’t this your last chance, get out of here!) you know the big secret at the heart of “Split”. This is the long awaited continuation of “Unbreakable”, complete with a return of Bruce Willis as David Dunn. Fans of “Unbreakable” have clamored for a sequel virtually since the film’s release in 2000. And while the filmmaker has teased a possible return to the universe at some point, no one anticipated it would happen this way. Talking at length in this exclusive conversation with Josh Horowitz specially for a spoiler-centric “Happy Sad Confused” podcast, Shyamalan reveals a lot—from the origins of “Split” in the original “Unbreakable” script to his plans for the 3rd installment of the story, a film that will bring together David Dunn (Willis), The Horde (James McAvoy) and Mr. Glass (Samuel L. Jackson), a film the director intends to make next. There’s a ton of juicy details in the conversation below. If you’re an “Unbreakable” fan, prepare yourself!