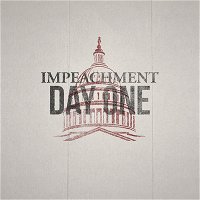 It’s January 21st, 2020. A month ago, the House of Representatives impeached President Donald Trump for abuse of power and obstruction of Congress. Now the United States Senate must decide whether to convict the president and remove him from office. Chief Justice John Roberts has been sworn in and is presiding over the first day of the trial.

There’s no report this time; no definitive document laying out what happened. Instead, there is a trial. House impeachment managers will present the case against Trump. Then the president’s representatives will present a defense. When that is over witnesses may be called, but we don’t know who or how many. And then the Senate will have to vote. Two-thirds of the senate are required to convict and remove a president from office, 67 votes.

This podcast will let you hear what those senators hear. They have to sit there silently, without phones or laptops or anything else to read; they don’t get to skip the boring parts. We’re going to make it easier on you; we’ll cut down the many hours of testimony and procedural motions so you can just listen to the substance. You’ll get a fair representation of what members heard each day, just in less time. This is unfolding in real time. So this podcast won’t always be polished, or put together perfectly. But you’ll be able to hear it for yourself--not a highlight reel, not someone else’s opinion of what mattered, but the actual trial--and you can make up your own mind.

The following weeks will become an important part of American history, whatever happens. The outcome isn’t just about 67 votes. Because every American faces the same fundamental decision as those 100 senators: Does the evidence show that President Trump is unfit to carry out the office of the commander in chief.

This is the Impeachment. Day One. Next
The Impeachment: Day 2
← See all 37 episodes of The Report