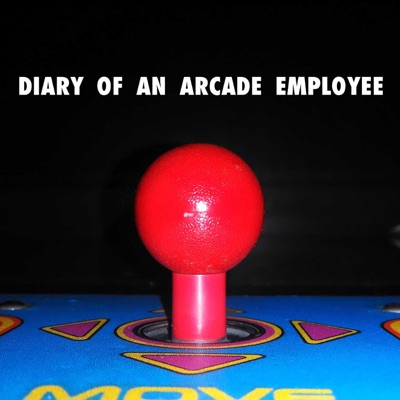 Diary Of An Arcade Employee Ep. 037 – Bubble Bobble
|
33 min
Download
Add to queue
Copy URL
Show notes
For this latest episode of the Diary of an Arcade Employee podcast I have answered a listener request – two listeners actually who kindly asked if I could tackle 1986’s Bubble Bobble by Taito. While this game wasn’t one I was able to experience at the Showbiz Pizza of my youth, I did get to actually play it – just in a movie theater lobby instead of at a local arcade. On this episode I do my best to give you a detailed overview of the game play for Bubble Bobble as well as touching upon – briefly – the vast amount of point and special items that will make your head spin. As I mention in the show itself – you will start to get dizzy once you begin to dive down into the rabbit hole that is all of the secrets and special power-up’s that Bubble Bobble designer, Fukio Mitsuji, seeded throughout the 100 stages of the game!

Speaking of Mitsuji, I came across a wonderful article on Everything Amiga that does a great job of shining a spotlight on his individuality – such as he wasn’t willing to just roll over and create a sequel to Bubble Bobble when it became a hit title. He thought that if a company was to follow that line of thinking it was basically just turning the game itself – which is rather unique – into the equivalent of a cash cow. From reading that remembrance of Fukio Mitsuji, who sadly passed away back in 2008, it sounds like he most certainly had an overabundance of heart.

As usual on the show, I have done my best to point out the folks behind the scenes who were responsible for bringing Bubble Bobble to the arcades. This Platformer as I’ve already mentioned has a staggering amount of special items that a Player can collect in their attempt to help everyone’s favorite dragons/dinosaurs Bob and Bub to rescue their girlfriends – who are being held hostage by the evil Grumple Gromit. While I think I’ve given a deep dive as it is on those items – the truth is there is so much more and I have the Bubble Bobble StrategyWiki to thank for the heads up on them all. When you have time, hop on over there and check out how packed this game truly is.

If you’ve not played Bubble Bobble before, the gameplay might sound a little on the simple side. By pressing the bubble button – the Player’s dragon will spit out a bubble that when it comes in contact with one of the numerous enemies, traps it – allowing the Player to pop the bubble on the horns or spikes of Bub and Bob. Through 100 stages a Player must content with the likes of Bubble Busters and Belugas and many more – all in an effort to reach one of the three endings of the game!

If you have any suggestions for future games to cover or comments on
the show itself you may email them to me at VicSage@Retroist.com. You
can also contact me on Twitter and of course on Facebook. You can also keep up to date on what is going down at the Arkadia Retrocade by making sure to “Like” their Facebook Page. If you need a daily fix you can check out the Official Diary of an Arcade Employee Facebook Page too.

Looking for an older episode? Check out the Diary of an Arcade Employee archive.