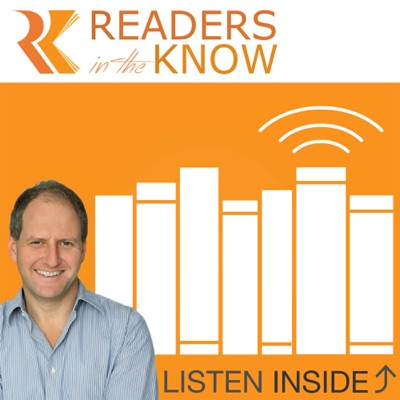 Simon Denman, Author and Founder of Readers in the Know
Subscribe to this podcast
Listen Inside is a daily podcast from Readers in the Know founder, Simon Denman, where each day he narrates a sneak preview of one of the great books to be found on the website.ReadersintheKnow.com is a truly international Book Promotion website for Amazon-listed books, where thousands of the smartest readers from around the world stay 'In the Know' about the best upcoming deals on the books they most want.
Website
RSS
Episodes
← View all episodes Known for hunting the supernatural, no mortal man realizes Lord Cedric is one of Sorceress Morrighan’s abominations. After competing in a tournament, he is wed to a Lady of the Court, Angeline. Cedric’s senses begin to overwhelm him and he struggles to decipher his feelings; Are they a creation of his incubine bloodline or truly heartfelt emotions for the girl who has lost it all to him? He finds himself forced to choose between falling in love or continuing his suicidal quest to kill his creator. Epic battles against all manners of beasts and demons fill this story with memorable antagonists such as Morrighan and her two sisters; Romasanta the Father of Werewolves; Succubus Queen Lillith and many more. Find yourself engulfed in lores and history long forgotten from the 12th Century and beyond.

Angeline’s face mottled. Raised on a farm, she couldn’t help but scoff at the fact his lordship was rather bold for someone of his rank. In all her years at the Castle, not even a peasant had dared to spit in front of a Lady of the Court, let alone relieve himself. It was exasperating keeping her back to him. He was right behind her doing his business while she was trying to gather wood. Dropping what little she had in a pile, she decided it would have to wait. He was in the way and was in no mood to go too far from the camp. She watched as the horses started fussing and fidgeting at their hitching tree. Her eyes caught a strange movement from the tree. Once more, the bare tree shuddered and one horse screamed, pulling its reins tight as it backed away. “There it is.” Cedric finished and turned around to walk back to the horses. “Stay back.” “What is going on?” Swallowing her nervousness, she watched the dead tree quiver again and more screams came from the horses. “What is happening?” “Dinner.” Scoffing, he stopped halfway; the horses were frantic and trying to tug free, biting at their reins. Despite the distance, Angeline could see the whites of the eyes of the horses that were now pawing at the tree. They were desperate and frightened beyond anything she had ever seen. One horse managed to break free and sped off down the trail, leaving its companion screaming and bucking. The other horse was fighting to free itself, but all it produced were raw spots from its harness that dripped blood down its cheek. The bright red lines glistened in the sunlight as the struggle continued. A rumbling was coming from the ground as the dead tree started to grow taller as if a weed pulled up by an unseen hand. The horse was bucking and squealing, foam dripping from its mouth, eyes wild with fear. In horror, Angeline watched as the ground exploded, the horse pulled high in the air. The dead tree was the horn on the nose of a Sand Orm. It was a massive serpent with scales running down into the ground that imitated the look of an earthworm. Smooth and the color of the soil, she marveled over its size as she caught glimpses of a treelike fin that ran the beast’s length. Once more, the ground trembled under her feet. The mammoth Orm snatched the horse dangling from its nose-horn into its mouth. Its gapping jaws were large enough to hold three horses with room for the riders. She slid to her knees in awe as she watched the massive creature eat. Its jaws muffling the horse’s scream quickly, despite the lack of any teeth besides the hard boulder-lined lips. Her ears met with a mixture of crackling and popping, unsure of when she was hearing the bones of the horse or simply the stony collision of the monster’s jaws. Lord Cedric was unmoved. The Orm turned its enormous head to face Cedric, a low groaning rippled from it as it did so. Trees and bushes shifted and moved just behind it and down the trail. The entire forest snaked back and forth like waves on the ocean connected to this monster that towered over them like a small mountain. Th