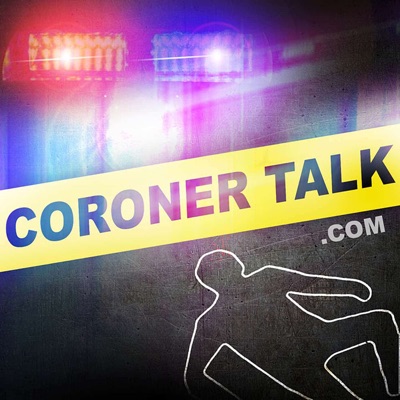 Darren Dake
Subscribe to this podcast
We are a community of professionals in the field of death investigation. Whether you’re a coroner, a member of local police or county law enforcement, an EMS professional, or medical examiner – or frankly, anyone in between, Coroner Talk™ is the right community for you. We provide training and resources to coroners and death investigators by and from professionals around the world, a peer to peer training environment. I recognized that the training available for coroners and small department investigators was limited by resources such as time away from department and expense. So, I developed Coroner Talk™.Darren is a 30 year veteran of law enforcement and criminal investigations. He currently serves as an investigator for the Crawford County Missouri coroner’s office. He holds credentials as an instructor for the Missouri Sheriff’s Training Academy (MSA), Law Enforcement Training Institute (LETI). Has served as president of the Missouri Medical Examiners and Coroners Association, and is certified and credentialed in numerous fields of investigation. He holds the position of lead instructor and facilitator for the Death Investigation Training Academy (DITA) and for the Coroner Talk™ community as he speaks and writes in the area of death investigation and scene management.
#82 in Courses
Website
RSS
© Coroner Talk™
Episodes
← View all episodes

For a split moment, Josie’s imagination tried to take over her mind. Is it someone I know? My niece, Stephie just got her license and she’s a blonde.

Josie took an intentional deep breath and admonished herself. Stop. Get a grip. Stay focused on the job. “Okay sir, I know this is difficult, but I need you to hold it together. Help is on the way.”

“Tell them to hurry. Except I’m afraid it’s too late for her.”

Josie forced herself to maintain a professional composure, though adrenalin flooded her veins and her blood pressure pumped more powerfully than it did during most calls. Something about this one felt different. And it was more than location, something in Josie’s gut told her she wasn’t going to like the outcome. She would soon find out her gut was absolutely right.

The caller hung up after the first responders arrived on scene, but the tension in the air of the 9-1-1 office did not dissipate. Across squawking radios, it was evident in all of the voices attending the accident; county deputies, state highway patrol, and EMS, something wasn’t being said. There was a vibe that said there was something uniquely wrong. Moments like this made the physical disconnect between 9-1-1 and those who worked directly with victims feel like a punch in the stomach. Josie wished she could know exactly what was going on.

It would take over an hour before she found out why everyone seemed exceptionally on edge. Sergeant Troy Matthews walked into the office, his face so low it appeared as if his chin might drag the ground.

Sergeant Matthews made his way directly to Josie. “You took the call about the girl out on 49?”

Troy, whose own eyes glistened, placed his hand on Josie’s shoulder.”It was Mandy Sellers’ daughter, Bella.”

“I know,” Troy broke in. “It was like she belonged to all of us, like she was our own daughter.”

Josie fell back onto the seat, Mandy was a well-respected sheriff’s deputy who had been on the force for over fifteen years. “I—we. We practically raised her with Mandy. After she started school, she came every day when they let out. In the summer, she ran and got us lunch, or on really hot days, a small vanilla cone for both of us. From the time she was a little thing, she had been a bright light and energizing force that lifted our spirits on mundane or difficult days. We all looked forward to her visits, I can’t imagine her not bouncing through the door.”

Troy nodded his head in agreement. “I know what you mean. Her innocence made you remember the good in this world — something it’s easy to forget in this line of work.”

The 9-1-1 line lit up requiring Josie’s immediate attention. In that instant, Josie knew the expectation. Turn your feelings off and turn the calm on. She had no choice but to delay her grief until later.

But one thought disturbed Josie the most as she turned to take the call. How did Bella die?