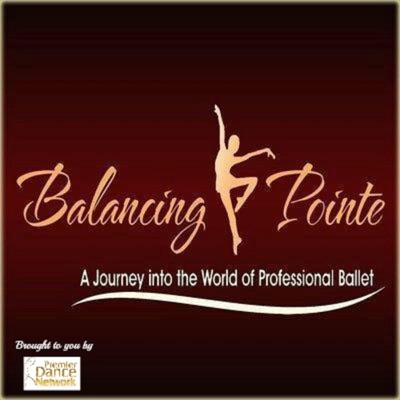 Ekaterina Shchelkanova, a former soloist of American Ballet Theatre and Kirov Ballet, established the Open World Dance Foundation in 2010 after recognizing that the art form she loves could help the many orphans in her hometown of St. Petersburg, Russia. Through Open World Foundation, she also runs a successful summer intensive program, presenting students a rare opportunity to train with master teachers with a direct connection to Vaganova Ballet Academy.

Ekaterina, or Katya, began her journey in St. Petersburg, Russia. From the time she was a little girl, she dreamed of becoming a dancer. In 1988, she graduated from the Vaganova Ballet Academy,;in the class of Professor Ludmila Safronova, one of Agrippina Vaganova's last students. She was invited to the Kirov, now Mariinsky Theater, and started her career with the company as a soloist.

After performing the Kirov rep for several years, Katya decided to uproot and move to New York. In a class with beloved teacher David Howard, she had a chance meeting with Mikhail Baryshnikov. After explaining that she was not dancing with a company at the time, he encouraged her to keep dancing. With his words of encouragement, she built her confidence and in January 1995, Ekaterina joined the American Ballet Theatre (ABT). There she worked with choreographers Twyla Tharp and Mark Morris, dancing solo and leading parts in the broad repertoire of American Ballet Theatre and travelling extensively with the company.

In 2001, Ekaterina left ABT to work with Twyla Tharp in creating "Moving Out", the Broadway musical by Billy Joel. Just one year later, she debuted in the Oscar award winning film, Chicago, in the role of Hunyak. She and the other principal actors received a Screen Actors Guild Award. Then in 2004, Ekaterina produced and starred in The End of Silence,a film by Anita Doron.

In her heart, Katya knew she needed to reach out to children in a more meaningful way. She began to reflect on the difficult life of a ballet dancer and her gratitude for her much needed family's support. She then started to wonder about those who don't have parents.

These thoughts lead Ekaterina to research orphans in Russia, a country that has the highest number of orphans anywhere in the world. Russian orphanages are numbered rather than named; there are 120 in St. Petersburg alone. Ekaterina knew she had to get involved, and when she mentioned the idea to her friend, Baryshnikov, he encouraged her to follow her instinct.

The Open World Dance Foundation Summer Intensive is now in its third year and will be held in Riga, Latvia, birthplace of Mikhail Baryshnikov, Maris Liepa, and Alexandr Godunov. dancers. Auditions in America are held in five different locations throughout January or can be submitted via DVD. The intensive presents a rare opportunity to train with master teachers with a direct connection to Vaganova Ballet Academy of St Petersburg, Russia receiving coaching from the world's most elite instructors.

Open World Dance Foundation will also be offering their first teachers program and conference for ballet instructors, coaches, and studio owners lead by Professors of Vaganova Academy Irina Trofimova and Ludmila Safronova who were both students of Agrippina Vaganova. These amazing women will provide lectures on Vaganova methods by level which will be followed immediately with observation of their teaching reinforcing those approaches as they are used in the studios of the summer intensive program. Special pricing available for those attending with students.