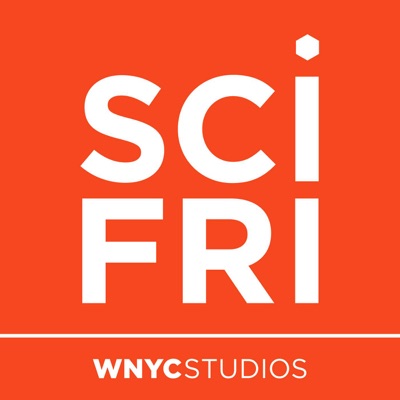 We’ve known for more than 200 years that cities are hotter than surrounding rural areas. All that concrete and brick soaks up the sun’s rays, then re-emits them as heat long after night has fallen. On top of that, waste heat from the energy we use to power our buildings, vehicle emissions, and even air conditioning units can cause some cities to be as many as 20 degrees Fahrenheit warmer than their rural surroundings—creating “urban heat islands.” Between the toll that heat takes on the body and the concurrent air quality problems that heat exacerbates, heat waves kill more Americans per year than any other weather-related event. And if enough city residents are using air conditioning to beat the heat, power outages from overworked grids can add to the risk of mortality.

As the globe warms, urban heat islands are projected to become more pronounced, with even hotter temperatures and a more stark urban-rural divide. But scientists and engineers have been working on solutions to reflect the sun before it can raise temperatures, such as cooler roofing materials and heat-reflecting pigments, cool pavements, green roofs, and neighborhood green space. Ronnen Levinson of the Lawrence Berkeley National Laboratory joins Ira to describe what we know about cool infrastructure, while Global Cool Cities Alliance executive director Kurt Shickman explains how cities around the world are implementing solutions—and why it may take something as bureaucratic as building codes to see mass adoption of cooling strategies.

Los Angeles: Cool Roofs And Fitting The Solution To Landscapes

The city of Los Angeles passed the first mandate for residential buildings to have high-reflectivity roofs, a step up from the past requirements, which only applied to flat, commercial roofs. Los Angeles is also pouring cool pavements to test their effectiveness in lowering temperatures. But how do you pick the right intervention for any given neighborhood in a city with as big and varied a landscape as Los Angeles? USC scientist George Ban-Weiss talks about his work tailoring cool solutions to individual neighborhoods.

While heat waves are projected to kill thousands of New Yorkers per year by 2080, that pain is not likely to be distributed evenly. Research has found hotter urban heat islands are home to higher percentages of poor people and people of color. Meanwhile, while New York City alerts residents of heat events and offers cooling shelters for them to go to, the shelters can be difficult for people to access, or even hear about. Community groups in the Bronx, Harlem, and other parts of the city are working both to cool down their neighborhoods, and connect residents to life-saving cooling. Justine Calma, a reporter for Grist, details the environmental justice problem of the urban heat island, and how New York City is responding.

Phoenix: The Hottest City In The U.S. Is Trying Everything

Phoenix, Arizona, experiences temperatures over 100 degrees in the summer, and researchers are only expecting summers to get hotter and longer. Hot season durations are projected to increase by several weeks on both ends, while the likelihood of temperatures that exceed 115 degrees is only expected to grow. In 2017, an estimated 155 people died of heat-related causes in the Phoenix area.

But the city has been taking the heat seriously. Phoenix has been painting municipal building roofs white since 2006. The city also has ambitious goals to establish shade trees, shelters along public transit routes, and a HeatReady program that would put heat planning on par with disaster preparedness—all with help from scientists like Arizona State University researcher David Hondula. Hondula joins Ira to describe the challenges of getting cities invested in heat preparedness, both short-term and long-term, and what’s next for Phoenix.

What Are The Presidential Candidates’ Climate Plans?

The first Democratic presidential debate will take place at the end of the month and climate change is becoming a central issue. Former Vice President Joe Biden, Senator Elizabeth Warren, and other presidential hopefuls have released their versions of a climate plan. The different proposals range from increases in spending to executive action. Climate and environment reporter Rebecca Leber of Mother Jones outlines the major differences between these plans.