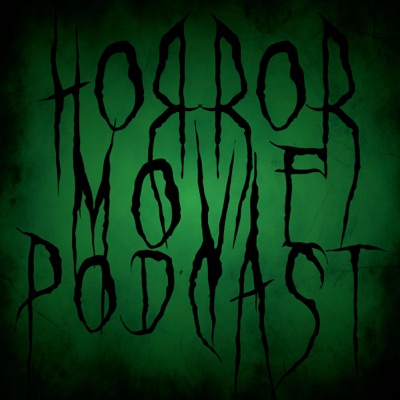 Jay of the Dead
Subscribe to this podcast
Dead Serious About Horror Movies
Website
RSS
© HorrorMoviePodcast.com
Episodes
← View all episodes

Horror Movie Podcast Ep. 195: Cursed Films (2020) with Filmmaker Jay Cheel
|
135 min
Download
Add to queue
Copy URL
Show notes
BEWARE! Rumor has it that Episode 195 of HORROR MOVIE PODCAST is CURSED! I heard it’s because Gillman Joel sold his soul to the City of Orlando, the skeletons in Dr. Shock’s closet are actually real human skeletons imported from India(na), and Wolfman Josh has fleas. That last one is maybe more a result of the curse, than the cause. Anyway, in this special Shudder-Sponsored Screaming Online episode of HMP, your curs-ed horror hosts bring you a discussion of the Shudder Original series, Cursed Films (2020), as well as an interview with Jay Cheel, the creator, director, producer, writer and editor of Cursed Films, and one of the hosts of the legendary Film Junk podcast (as well as Wolfman’s former documentary podcasting partner).
We also briefly celebrate our recent win of the “Silver Bolo Award” from Joe Bob Briggs and Darcy the Mail Girl on The Last Drive In.
If you’d like to support our show, try a 30-day free trial of SHUDDER with Promo Code: HMP It costs you nothing and helps us a lot! Also, please subscribe to our podcast and leave a review! Or just tell a friend. We’d really appreciate it. Thanks for your support and thanks for listening to Horror Movie Podcast, where we’re “great at reviewing horror movies, but bad at naming podcasts” according to Joe Bob Briggs!

SHOW NOTES:
I. Introduction
—Welcome to our Shudder-centric episode
—Jay Cheel will join us later