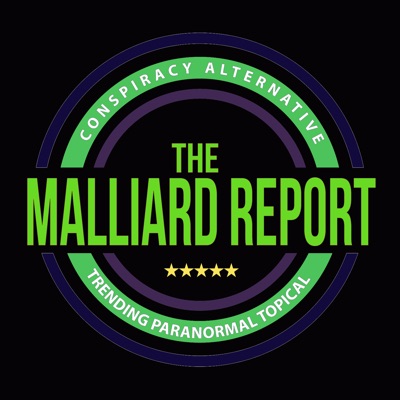 John Carman US Secret Service
Download
Add to queue
Copy URL
Show notes
This week on The Malliard Report, Jim once again welcomes a long time and recurring guest, which has become a favorite among many, the fantastic Mr. John Carman. A former member of secret service assigned to protect not only high level dignitaries, but even The President of The United States, John has had the privilege of being able to see the inner workings of how many of the things around us really work. This week John shares his opinion on Shadow Governments, corrupt politicians, MK Ultra, and the dumbing down of the American Public.

“Since I entered politics, I have chiefly had men’s views confided to me privately. Some of the biggest men in the United States, in the field of commerce and manufacture, are afraid of something. They know that there is a power somewhere so organized, so subtle, so watchful, so interlocked, so complete, so pervasive, that they better not speak above their breath when they speak in condemnation of it.” – Woodrow Wilson, 28th President of the United States. What would cause one of the most powerful men in the world to say something so fear driven? Is there really an elite class of people hidden away behind the proverbial curtain, directing the events of the world and making it look as if there is a government set in place by the people. Are these the workings of major players like George Soros, Henry Kissinger, and other modern day aristocracy?

It is a common practice as old as time itself for previous generations to blame the upcoming and incumbent generations for many of the problems that are being currently faced. While often mocked, there may however be some validity to these accusations. “We” collectively as a whole are incredibly distracted. Next time you are in a public place, just count the amount of people within a ten foot radius that are staring at their phone. Our phones keep us glues to our favorite outlets, our TVs have become bigger with more features, a new celebrity drama or tragic world event is always in rotation on any given news network and a political chasm is continually widened all the while political powers grow exponentially more powerful. Is this a lucky coincidence that certain laws are passed at exactly the same time a major “catastrophe” happens? Or is this all part of the plan?
As always, John is a fantastic guest and shares his shoot from the hip thoughts on politics, MK Ultra, distractions, “Russian” interventions, and much, much more. Currently (from when this show was recorded) John has encountered a number of issues with his website, so he encourages people to reach out to him through email (especially if there are former secret service out there listening at john.a.carman@gmail.com . Let us know what you think either in the comments below or via Twitter
15
15
0:00:00 / 0:00:00