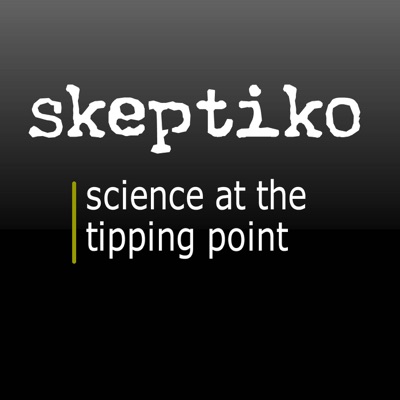 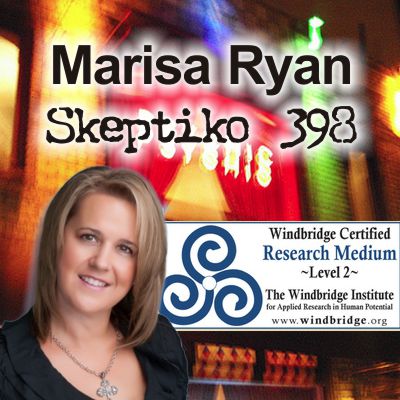 
Marisa Ryan has undergone rigorous testing of her skills as a medium, so what does she know about the big stuff?

…On this episode you’re going to hear from a medium who is really really good. I say that because she’s been tested by somebody I rely on in terms of after-death communication research and that’s Dr. Julie Beischel… so our guest (Marisa Ryan) has been tested and certified at the highest level and that’s really cool because it means you can ask her anything and she has all the answers, right?Well, not exactly but you can still ask her anything. You can ask her all these deep big picture questions. here is some of the stuff I asked her. …this is kind of insane, I mean I’m asking the biggest questions and I’m just turning them over to Marisa because she can talk to Spirit. For example, these people in these laboratory settings are able to have precognitive experiences. Well, what the hell does that mean? …I’ve had other guests on the show that have said our understanding of reincarnation is  mistaken because of our misunderstanding about time and that we’re really living multiple lives simultaneously?…let’s talk about near-death experience and mapping out these extended Consciousness Realms. I mean, what is the near-death experience from a spirit standpoint? What is spirit telling us? Why do people have those how are they different from OBE, astral travel, lucid dreaming?So it was really cool to talk to Marisa. So cool that when we’re done I couldn’t resist asking her to do a reading for me… and I paid for it… no quid pro quo… but I wanted to see if she could do it do for me and since one of the big things going on in my life as the father of four teenagers… as long as you stretch that age limit a little bit… so I asked her questions about parenting. So I don’t play that whole reading because it’s kind of personal, but I can tell you a little anecdote that I think is significant to make and that’s that we’re doing this reading and she connects with my father on the other side in Spirit form, if you I believe all this stuff, which if you’re listening to this, I guess you probably do, or at least open to it. So I’m like “Dad, come on, help me out here.”Here’s the point. What would you expect put a female nurturing medium who is a mother herself to say in this situation? If you were skeptical, and thought she’s just going to say some standard stuff. What would you expect her to say?  How about this? “Like I hear I’m saying.What do you mean I’m supposed to jump in and help. You’re on your own.”Well, I got to tell you when she said that I nearly fell off my chair because that’s my Dad. That’s my dad to a tee. I can’t tell you how many times he said that exact phrase. So this is the part of medium readings that is hard to convey to people who are not convinced, or super skeptical, who don’t want to try or be open to something more. It’s not about the data. The data is great. The research of Dr. Julie Beischel confirming statistically that this stuff happens is statistically significant… that’s grea...
15
15
0:00:00 / 0:00:00