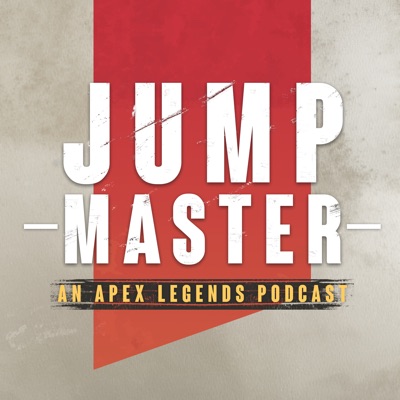 Apex Legends Season 3: Meltdown Announced – Jump Master Episode 24
|
54 min
Download
Add to queue
Copy URL
Show notes
On this week’s Jump Master episode, Alex and Blessing are joined by returning guest, Andrew Taylor of Panel to Panel, to discuss all of the news relating to the recent announcement of Apex Legends Season 3: Meltdown, including a brand new legend named Crypto, the Charge Rifle making a return from Titanfall 2, and all of the changes coming to Ranked Mode Series 2.
Follow us on Twitter: Alex; Blessing; John; OK Beast
Join the OK Beast Discord here.
Jump Master is an Apex Legends podcast brought to you by OKBeast.com. Join hosts Alex Van Aken, Blessing Adeoye Jr., and John Bernardo for the latest news, tips and tricks, and experiences relating to Respawn Entertainment’s new battle royale game set in the Titanfall universe. If you enjoy the show and would like to help us out, please review and subscribe to Jump Master by visiting our page on the podcast platform of your choice, like iTunes.
Catch up on recent episodes here. Support us monthly at Patreon.com/OKBeast. As always, thank you for your support.
Champion Chat:
Season 3: Meltdown Announced

Adjustments to scoring system. Everyone will have a soft reset that drops them down one and a half tiers.

Listener Questions (Tweet Us or Email Hello@OKBeast.com):
Blake P writes in, “I’ve recently learned that I suck at Apex Legends. It’s so bad that I’m still looking for my first kill after playing four or five rounds. Any advice on how to suck less?”
Steve Fontana writes in with the Character of the week:
Indiga – The Witchdoctor – Support
Using powers from the void, Indiga has a sense for the empathic. A woman of medicine of the darkness, she takes pride in keeping her teammates alive. So much so that she may sacrifice herself in battle to ensure her squad survives.
Passive Ability – Medicine Woman
Your eye for medicine lets you see med kits and syringes behind closed doors and in containers.
Tactical Ability – Healing Dart
You shoot a dart at a squad mate that heals over time. (Heals like Lifeline’s drone, but only one target and that target can continue moving as the dart is in their skin)
Ultimate Ability – Empathy Incarnate
Indiga lays down her weapons and focuses her chakra...
15
15
0:00:00 / 0:00:00