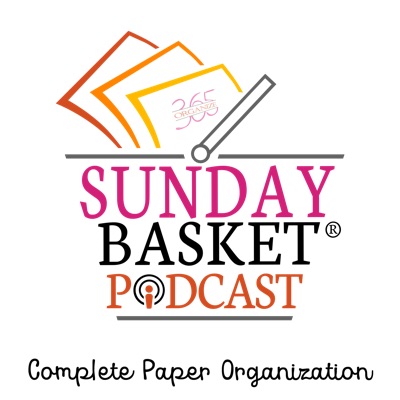 Lisa Woodruff
Subscribe to this podcast
Lisa Woodruff is a home organization expert, productivity specialist, and author of The Mindset of Organization, Take Back Your House One Phase at a Time, and How ADHD Affects Home Organization. Lisa teaches functional organizing and is often caught quoting, “done is better than perfect” and “progress over perfection.” Lisa’s sensible and do-able organizing tasks appeal to multiple generations. Her candor and relatable style make you feel she is right there beside you, helping you get organized as you laugh and cry together. Lisa believes organization is not a skill you are born with. It is a skill that is developed over time and changes with each season of life. Lisa has helped thousands of women reclaim their homes and finally get organized with her practical tips, encouragement, and humor through her blog and podcast at Organize365.com.
#22 in How To
Website
RSS
© Lisa Woodruff - Productivity Expert | Author | Professional Home Organizer | Paper Management Specialist | WAHM | ADHD Resource | Organize 365
Episodes
← View all episodes My second big announcement from the Organize 365 National Convention is the exciting news that we are going to have Paper Organizing Retreats!

That’s right, you can literally pack up all of your paper into boxes, travel to Cincinnati, and organize your paper during a productive weekend retreat with key members of the Organize 365 Team – how awesome is that? I’m so excited!

I’ve wanted to start these Paper Organizing Retreats for years. When I began Organize 365 in 2012, I knew I needed to launch a unique organizing retreat where people could bring their paper and organize all of it (while listening to some great music and snacking on delicious food as we go) – it was the PERFECT plan.

But it took six years to turn that vision into a reality, and in many ways, I’m glad it took so long because now I’m 100% sure that I’ve come up with the best products, best structure, and the best team possible.

After six years of long hours and lots of hard work, we have finally done it!

Organizing paper isn’t the most exciting thing in the world, especially if you aren’t a passionate organizer.

At home, it’s easy to get distracted and procrastinate, which is why it’s such a good idea to join one of my Paper Organizing Retreats where you can focus and actually get work done.

But one of the main reasons to attend a retreat like this is so you can have the opportunity to ask questions to professional organizers. You’ll know exactly what you’re doing, and you’ll be able to avoid shredding a file that you really shouldn’t have because, unfortunately, there are no time machines when it comes to organizing paperwork!

The REAL Reason For My Paper Organizing Retreats

Yes, I like to help people organize their paper, and I love the community of organizers we have here at Organize 365 and the Sunday Basket®. BUT there is a deeper, more personal reason why I decided to launch these retreats.

When my kids were young, they got a lot of different diagnoses including things like autism, ADHD, bipolar, food sensitives, and so on. And you know what? It was so overwhelming!

I soon transformed into a protective mama bear. I was determined to know as much as possible about their conditions and I’m sure a lot of mothers who find themselves in similar situations do the same thing. Who can blame us?

Whenever we receive unexpected news like a medical diagnosis or a sudden death in the family, it’s like your entire world comes crashing down.

One minute, you’re sailing through life, the birds are singing, and your only concern is what you’re going to cook for dinner. And then BANG, you hear some terrible news. Then you’re devastated and left with all this paperwork you didn’t even know existed.

I know that feeling all too well, which is why I wanted to create the Paper Organizing Retreats to help reduce stress at a time in your life when you feel like everything is just falling apart.

Getting Organized On The Retreat

On a more light-hearted note, when you attend the retreat, you’re guaranteed to leave a lot more organized than you were when you arrived!

If you’ve got your hands on one of the new Friday Workboxes that have just been released for your home-based business, you can take it with you to the retreat and get stuff into it.

The Friday Workboxes can really help you to get an effective system in place so you have more structure and direction to take your business that extra step further.

The retreat begins at 9 am on Saturday morning. When you arrive, you’ll have your own organizing table which includes a shredding bag and a recycling bag. You’ll spend a lot of time during the first half of Saturday going through your paper and organizing them into three piles: shredding, deleting, and the keep pile.

You can then begin to organize your paper into the Organize 365 binders, slash pockets, or the Sunday Basket®. You can either bring your own items with you, buy them from the Organize 365 Store, or pre-order your products in advance and have them available at your seat when you arrive at the retreat.

I’m excited to introduce you to three of the key members of this retreat team!

The second team member I want to mention is my sister, Emily Kelly. Emily is the Marketing Director of Organize 365, so she’ll be at the retreats helping you to organize your paperwork into the binders.

Last, but not least, we have the Organize 365 Sunday Basket Club Queen, Monique Horb. Monique is a huge fan of the binders, and she’s also a Sunday Basket® Certified Organizer. She knows absolutely EVERYTHING about the binders and will be more than happy to help you organize your paper during the retreat.

Each member of the team is HIPPA certified, so you don’t need to worry about that side of things when you’re organizing private papers and documents at the retreat.

I’m so excited about the Paper Organizing Retreats! It’s going to be a fantastic opportunity to meet more of you AND it gives you the chance to really dive into your paper organizing like never before!

If you want to find out more about the retreats, head over to Organize365.com/events!

Get your Complete Sunday Basket with On Demand Workshop here!