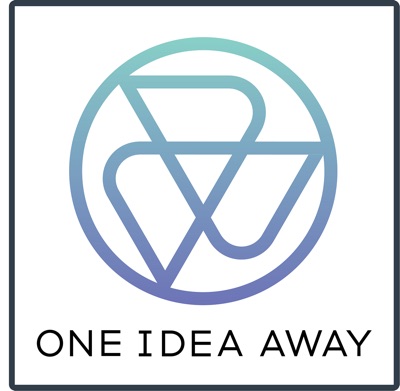 One Idea Away Podcast

iPEC Coaching
Subscribe to this podcast
Where do you want to go? Who do you want to be? What do you want to do? The One Idea Away podcast features thoughtful insights combined with interviews with guests and thought leaders, ultimately asking the question: "What are you one idea away from that could change your entire life?"
Website
RSS
Episodes
← View all episodes With reports higher than ever of increased rates of depression and anxiety, how can we turn back the clock and teach new methods, new skillsets that’ll start to heal our youth? Jonathan Haidt, social psychologist and author, says the secret is in letting go.

Jonathan’s most current written work focuses on the dynamics that have been playing out in society. His research examines the intuitive foundations of morality and how morality varies across cultures. In his second book, The Righteous Mind, he explores the divide that's been occurring in politics and religion; and in Jonathan’s latest work--which he co-authored with Greg Lukianoff--called The Coddling of the American Mind: How Good Intentions and Bad Ideas Are Setting Up a Generation for Failure, he looks at how those various patterns in politics, parenting, education, and justice are playing out on college campuses.

Jonathan’s a social psychologist at NYU Stern School of Business who received his PhD from U-Penn in 1992, and taught for 16 years in the department of psychology at the University of Virginia. Currently, he’s applying his research on moral psychology to business ethics--asking how companies can structure and run themselves in ways that’ll be resistant to ethical failures.

And while we’re learning how to build resilience and living more deeply, we’re excited to announce our upcoming three-day retreat, Uncover, led and facilitated by One Idea Away & iPEC Founder, and bestselling author, Bruce D Schneider. Join us in the beautiful Asilomar Conference Grounds, CA January 18-20th, or at the Garrison Institute, NY March 29-31st. Created to guide you through the uncover process, you’ll learn and experience a variety of mindfulness activities, how to connect as a community and more in a supportive, and yes, judgment-free zone. Close the gap of tension in your heart and mind and uncover a personal path to happiness, freedom, and self-actualization. Learn more at OneIdeaAway.com/retreat.

Your call to focus on the unconscious to release some control is here!

The coddling effect. There’s a rising epidemic in our youth where they’ve developed a black & white mindset--everything’s either good or terrible. With college debt and other personal struggles, there’s cause for their mentality, but what’s the real culprit? The simple ANSWER is . . . [11:38].

The emotional barrier. Offensive words, symbols, and actions are everywhere. There’s no place to shield from it–from bathroom walls, to commercials, to songs–you’re bound to catch one fall through the cracks. Your interpretation of them is what’ll make or break you--so how do you build resilience? Give THESE ideas a try . . . [29:45].

The tribal conflict. There’s a group you’re born into, and for the most part, you’re deeply influenced by their racial, religious, and overall opinions. You can understand how such superiority could be damaging--so how can we turn this tribalistic nature around to benefit us all? The ONE lesson to learn . . . [37:02].

Tune in and turn the volume up for a dose of inspiration and life lessons. You're never more than One Idea Away from a whole, new reality.