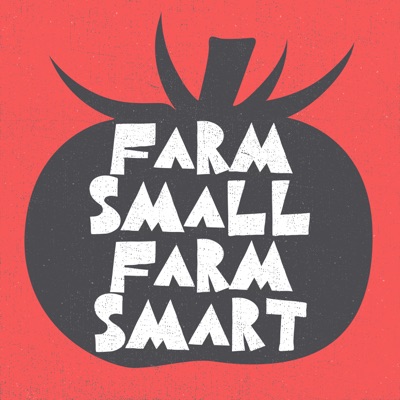 Diego Footer
Subscribe to this podcast
Weekly insights for vegetable farmers and market gardeners who earn, or want to earn, a living growing vegetables profitably. The show is hosted by Diego Footer of Permaculture Voices. Each week I talk with a beginning, or experienced farmer diving deep into their story to find out what makes their market farm successful. I focus on farming challenges and struggles, sales and marketing, soil preparation, weed management, post harvest processing, appropriate technology, farm startup, market selection, and work-life balance.
#15 in Natural Sciences#68 in Science
Website
RSS
© permacultureVOICES
Episodes
← View all episodes Today it's back to Kelowna and Green City Acres as Curtis and I take a look back at his experiences with inter-planting, planting multiple crops in the same space .

We first stated talking about this subject back in 2015 when we did an episode touching on the subject in Season One, then we hit on it again almost a year ago in Season Two.

Today we are going to take a look at what Curtis is doing now when it comes to inter-planting and how that's changed since we first started talking about it two years ago.

It's a technique that Curtis has a lot of experience with, but one that's continually evolving as he uses it more.

It's a technique that he uses, because it allows him to earn a lot more in the same space over a given year.

For are going example he made and additional $1100 last year, by inter-planting Salanova lettuce in with his tomatoes. That's an extra $1100 that most farmers wouldn't captured.

That's the benefit of inter-planting. Getting multiple yields out of the same space over the same time period.

But be aware going in, this technique isn't for everyone.

There's a lot of constraints and complications that come with inter-planting. And it's a technique that doesn't make sense if you have a lot of land.

None the less, it's a technique that can be a game changer for those of you who do feel like you have a limited amount of land.

For you all, this is just another way to get more crops and more money, without adding land.

Listen to past episodes at: https://www.paperpot.co/podcast

Increase farm efficiency with the Paperpot Transplanter and Other Small Farm Equipment at https://www.paperpot.co/