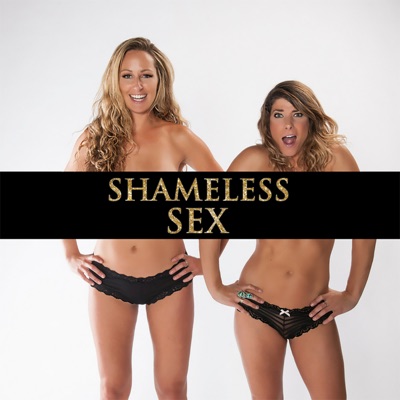 Amy Baldwin and April Lampert| Pleasure Podcasts
Subscribe to this podcast
Amy is a Sex and Relationship Coach and Sex Educator with a passion for promoting unabashed, pleasure-focused sexuality education. April is a motivational speaker, sex toy mogul, as well as one of the leading women in the sex-toy industry. April and Amy combined forces to create the Shameless Sex Podcast, inspiring radical self-love, sexual empowerment, and shame-free intimacy with a playful twist sharing real life experiences and tell all details. Visit www.shamelesssex.com for more. Shameless Sex is a proud member of Pleasure Podcasts. For network details, contact cameron@pleasurepodcasts.com
#4 in Sexuality#67 in Health & Fitness
Website
RSS
Episodes
← View all episodes What is the orgasm gap? Why does it exist, and what can we do about it both personally and on a larger scale?

Suzannah Weiss is a freelance sex and relationships writer who currently serves as a regular contributor to Vice, Teen Vogue, Bustle, Glamour, Playboy, New York Magazine, and more. She frequently discusses gender, body image, and social justice on radio shows and podcasts and has spoken at conferences including SXSW. Her feminist essays have been published in several books. She has edited for Broadly, Teen Vogue, and several bestselling authors and ghostwritten for well-known CEOs. Whoopi Goldberg once cited one of her articles on The View in a debate over whether asking for what you want in bed is a feminist act. (She thinks it is.)

Suzannah holds degrees in Gender & Sexuality Studies, Cognitive Neuroscience, and Modern Culture & Media from Brown University (which she uses mainly to overanalyze The Bachelor and argue over semantics). Her background in writing, editing, marketing, and communications ranges from Silicon Valley startups to academic journals. Before starting her freelance career, she served as Assistant Editor for Footnote, a site that translates academic research for mainstream audiences, Editorial Assistant for Differences: A Journal of Feminist Cultural Studies, Content Specialist for the tech startup WibiData, and Research Assistant for Brown’s Humanity-Centered Robotics Institute and Social Cognitive Science Laboratory.