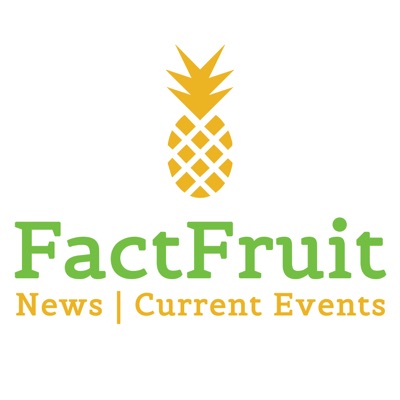 FactFruit: News, Media, Information
Subscribe to this podcast
FactFruit is a U.S. focused daily news show that brings you the top stories and information without the political noise. Leading news stories are followed by discussions with guests who are experts in their industries. Our guests are not political pundits or talking heads whose agenda is to politically sway the listener, but rather, discussions are focused on how things work. New technology, how congressional committees function, cyber security, events leading to foreign conflict, and how startups get funded are just a few examples of what we will learn together. Subscribe and enjoy something different in your news world.
Website
RSS
© FactFruit 2017
Episodes
← View all episodes Brian Glyn Williams is today’s special guest for our discussion about Syria.  Brian is a professor of Islamic history at the University of Massachusetts-Dartmouth and a former Counterterrorism Center, Central Intelligence Agency officer.

Sally Yates, the former acting attorney general, testified before a Senate subcommittee yesterday while stating that, “General Flynn was compromised in regard to the Russians.”  Yates explained she had concerns that Flynn could be blackmailed because he was allegedly lying to the White House regarding conversations with Russian officials.  In response, President Trump tweeted, “Ask Sally Yates, under oath, if she knows how classified information got into the newspapers soon after she explained it to the White House Counsel.

James Clapper, the former Director of National Intelligence, also testified today.  He indicated that there were no signs of Russia meddled in the U.S. Presidential election vote tallying and did not know if the Russians influenced the overall outcome of the election.

Greg Abbott, the Governor of Texas, signed SB-4 into law late Sunday which was broadcast on a Facebook Live event.  The law seeks to end sanctuary city policies in Texas and also gives law enforcement officers the right to ask the immigration status of people they stop. Officers who fail to cooperate with federal immigration agents could face jail time and fines up to $25,000 per day.

Coach, the handbag and accessory company plan to acquire Kate Spade which is another handbag company for $2.4 billion.  The CEO of coach intends to operate the two companies separately and envisions Coach as turning into a multi-brand luxury company.

The deal is priced at 27.5 percent over the value of Kate Spade’s stock price prior to the deal becoming public knowledge.

The U.S. Department of Defense confirms that the leader of ISIS in Afghanistan was killed in a joint U.S.-Afghan raid last month.  The operation took place on April 27th in Nangarhar province in eastern Afghanistan.

The foreign minister of Syria stated yesterday that the four de-escalation zones as declared by Russia, Iran, and Turkey could not be monitored by outside parties to include the United Nations.  The minister continued by saying, “the Syrian Army will be prepared to respond in a decisive manner.”

Rumors are afloat that Amazon will reveal a new Echo as soon as today. The new Echo speaker which is an internet connected device that uses voice commands may come with a 7 inch touchscreen to assist with video telephone capacities and displaying results for user queries.

The U.S. Air Force landed the X-37B yesterday after it spent two years in orbit.  The details of the unmanned space vehicle mission were not clear and are likely classified in nature.