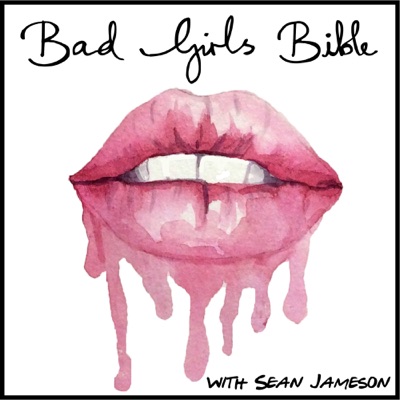 Sean Jameson
Subscribe to this podcast
Each week on the Bad Girl's Bible podcast, your host Sean Jameson interviews experts and professionals and everyone in between to teach you the tips and techniques you can use to improve your sex life and relationship or marriage. You'll also learn powerful insights on how to improve your dating and love life.
#5 in Sexuality#82 in Health & Fitness
Website
RSS
Copyright © http://badgirlsbible.com. All rights reserved.
Episodes
← View all episodes

Today on The Bad Girls Bible Podcast we are joined by small-town girl, Jenny, who shares with us about growing up in a poor family with parents who did not always get along, moving around frequently and how she and her husband first met.

Jenny talks about their secret relationship, moving in together, how he convinced her to get married after all and the challenges of raising their kids together. The unexpected death of a loved one caused a massive rift in their relationship, however, and her life started slowly spiraling out of control.

Not being able to openly mourn her loss, Jenny went into a major depression during which she behaved in erratic ways that threatened her life and that brought even greater discord in her marriage. She tells of the regrets she has, how she has learned to cope with her loss and what she advises every listener to hold onto in such difficult circumstances. Don’t miss out on this very moving conversation!

Key Points From This Episode:

“He just stopped caring and he said he just started picturing me dead already and that he had thought of what he was going to say at the funeral and stuff. He just kind of wrote me off already.” — Jenny [0:18:55]