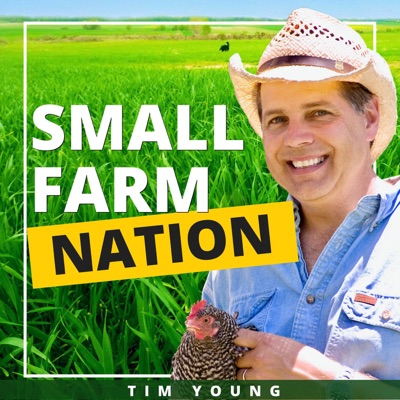 Listen to the Podcast


So, we all grew up reading and hearing about The Great Depression, right? That time in American history when times were tough, everyone was thrown out of work, food was scarce.
On top of that we had the Dust Bowl with infertile land and tremendous storms of dust blanketing the heartland of the country. And, of course, virtually no one had money. Sounds like a made-for-TV nightmare that’s almost beyond belief.
But—as terrible as that time was, was it really terrible for everyone? I ask, because sometimes the impact of events is often exaggerated when recalled, whether it be a personal or societal event.
And, even if it is horrific, what percentage of the population is it horrific for?
Just a few years ago, from 2007-2009, we had what we’re now calling the Great Recession. That’s when the 8 trillion dollar housing bubble burst.
It led to a big reduction in jobs and consumer spending but, to be honest, I didn’t have much of an impact on my family. We were farming at the time, selling pasture based meats direct to consumers who still were hungry and could afford to eat.
And, the truth is, while many people lost paper money during those years, the unemployment rate peaked at under 11%, meaning that over 88% of people could find jobs.
It’s true that perhaps maybe not the jobs they wanted, and it may also be true that the real unemployment rate was considerably higher, when you factor in people who gave up looking.
But the point I’m making is that it’s often a common misconception that times are harder than they actually were.
I found that to be the case for The Great Depression when I listened to the audiobook, Little Heathens: Hard Times and High Spirits on an Iowa Farm During the Great Depression.
In it, author Mildred Armstrong Kalish recounts her childhood fondly as she retells many stories of what it was like to live through hard times.  Funny thing though; like many who lived pretty self-sufficient lifestyles, she wasn’t aware that there were hard times.
Of course now, those who lived in the cities and depended on paychecks fared far worse than Mildred’s family.
And, while a small number of people remained wealthy, being able to provide for oneself made the family much better off since stocks and bonds became worth far less and money was very tight.
As a modern homesteader, I’ve thought a lot about those times and what I’ve heard over the years from grandparents and others who endured them.
Now, well over a decade after
15
15
0:00:00 / 0:00:00