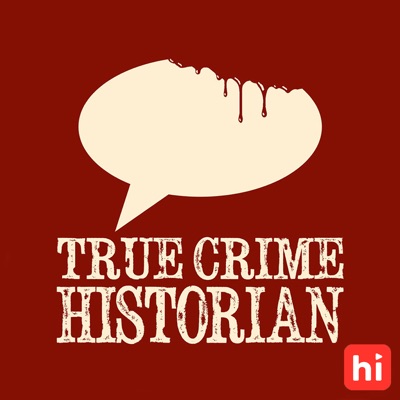 Pulpular Media
Subscribe to this podcast
True Crime Historian remembers the famous and forgotten scandals, scoundrels, and scourges of the past told through vintage newspaper accounts from the golden age of yellow journalism.
Website
RSS
© Copyright 2019 by Pulpular Media and Richard O Jones
Episodes
← View all episodes

Tales of classic scandals, scoundrels and scourges told from historic newspapers in the golden age of yellow journalism...

Episode 329 tells of an unusual modus operandi, the use of typhoid germs as a method of poisoning when an Illinois attorney goes on trial for the murder of a young man he raised after the death of his mother, who happened to leave her son a million dollar estate. A big welcome back to our friend Susan Ferman, who will read passages written during the trial by the Chicago Tribune’s ace female reporter Genevieve Forbes Herrick about some of the women involved in the case.

Culled from the historic pages of the Chicago Tribune and other newspapers of the era.

A creation Of Pulpular Media

We invite you to check out Pulpular Media’s newest production, Portals to Possibility, an improvised comedy about an alternate reality, where monsters are real--and hilarious!!! Visit pulpular.com/portals for a brand-new episode.

Support your favorite podcaster at www.patreon.com/truecrimehistorian. Just a dollar a month reserves your bunk at the safe house and access to exclusive content and whatever personal services you require.