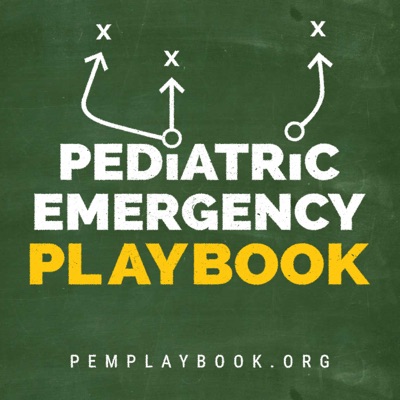 "By the pricking of my thumbs,

Something wheezing this way comes."

-- Witches in Macbeth, with apologies to William Shakespeare

We support, while the patient heals."

-- Coach, still apologetic to the Bard

The U.S. definition is for children less than two years of age, while the European committee includes infants less than one year of age.

This is important: toddlerhood brings with it other conditions that mimic bronchiolitis – the first-time wheeze in a toddler may be his reactive airway response to a viral illness and not necessarily bronchiolitis.

The classic clinical presentation of bronchiolitis starts just like any other upper respiratory tract infection: with nasal discharge and cough, for the first 1-2 days. Only about 1/3 of infants will have a low-grade fever, usually less than 39°C. We may see the child in the ED at this point and not appreciate any respiratory distress – this is why precautionary advice is so important in general.

You’ll hear fine crackles and wheeze. A typical finding in bronchiolitis is a minute-to-minute variation in clinical findings – one moment the child could look like he’s drowning in his secretions, and the next minute almost recovered. This has to do with the dynamic nature of the secretion, plugging, obstruction, coughing, dislodgement, and re-plugging.

Respiratory syncytial virus is the culprit in up to 90% of cases of bronchiolitis. The reason RSV is so nasty is the immune response to the virus: it binds to epithelial cells, replicates, and the submucosa becomes edematous and hypersecretes mucus. RSV causes the host epithelia and lymphocytes to go into a frenzy – viral fusion proteins turn the membranes into a sticky goop – cells fuse into other cells, and you have a pile-on of multinucleated dysfunction. This mucosal chaos causes epithelial necrosis, destruction of cilia, mucus plugs, bronchiolar obstruction, air trapping, and lobar collapse.

Watch out especially for young infants, so those less than 3 months of age. Apnea may be the presenting symptom of RSV.
Premature infants, especially those less than 32 weeks’ gestation are at high risk for deterioration.  The critical time is 48 weeks post-conceptional age.

In the full term child, greater than one month, and otherwise healthy (no cardiac, pulmonary, neuromuscular, or metabolic disease), we can look to three simple criteria for home discharge.

If the otherwise healthy child one month and older is:

He can likely go home.

Below is a list of modalities, treatments, and the evidence and/or recommendations for or against:

Usually not necessary, unless the diagnosis is uncertain, or if the child is critically ill.

Factors that are predictive of a definite infiltrate are: significant hypoxia (< 92%), grunting, focal crackles, or high fever (> 39°C).

Not ready for prime time.  Two small studies, one by Caiulo et al in the European J or Pediatrics and one by Basile et al. in the BMC Pediatrics that show some preliminary data, but not enough to change practice yet.

Qualitative PCR gives you a yes or no question – one that you’ve already answered. It is not recommended for routine use. PCR may be positive post-infection for several weeks later (details in audio).

Quantitative PCR measures viral load; an increased quantitative viral load is associated with increased length of stay, use of respiratory support, need for intensive care, and recurrent wheezing. However, also not recommended for routine use.

There is one instance in which viral testing in bronchiolitis can be helpful – in babies less than a month of life, the presence of RSV virus is associated with apnea.

Routine testing of blood or urine is not recommended for children with bronchiolitis.  Levine et al in Pediatrics found an extremely low risk of serious bacterial illness in young febrile infants with RSV.

The main thing is not to give in to anchoring bias here. If an infant of 3 months of age or older has a clear source for his low-grade fever – and that is his bronchiolitis – then you have a source, and very rarely do you need to go looking any further. He’s showing you the viral waterfall from his nose, and his increased work of breathing. It’s not going to be in his urine.

Should we use bronchodilators in bronchiolitis?  It seems lately that this is a loaded question – with strong feelings on either side amongst colleagues. The short answer is that the American Academy of Pediatrics, the UK’s National Institute for Health and Care Excellence, as well as the Canadian Pediatric Society currently recommend against them. However, in continental Europe and Australia, the language is softened to “not routinely recommended”.

There is no role for steroids in the treatment of bronchiolitis, even in those with a family or personal history of atopy.

May show some benefit in admitted patients, after repeated treatments; no data to support its use in ED patients (no immediate effect).

One randomized controlled double blinded study in eight centers in Norway published in the NEJM showed no benefit to nebulized epinephrine over nebulized saline. Again, probably asking too much of one single intervention.

The Cochrane review found 19 studies that included a total of 2256 children with acute bronchiolitis treated with nebulized epinephrine. There were no differences in length of hospital stay between the placebo and treatment groups, and so they concluded that for inpatients, nebulized epinephrine is not worth the hassle. However – and this may just be an artifact of meta-analysis – there may be some benefit to outpatients. One study of combined high-dose steroid and epinephrine therapy was not statistically significant when other factors were controlled, but Cochrane concluded that nebulized epinephrine itself may be helpful for outpatients. It won’t affect the overall disease time course, but it may make them feel better enough to go home from the ED and continue observation there.

High-flow oxygen via nasal cannula requires specialized equipment and delivers humidified oxygen at 1-2 L/g/min.  In addition to oxygenation, high flow nasal cannula also likely offers some low-grade positive end-expiratory pressure, which may help with alveolar recruitment. The evidence for its use is based on observational studies, which have found improved respiratory parameters and reduced rates of intubation.  Nasal CPAP also has some promising properties in the right clinical setting.

Not recommended. When bronchiolitis is from a clear viral source, the risk of accompanying bacteremia is less than 1%. A meta-analysis of randomized clinical trials found that antibiotics in bronchiolitis did not improve duration of symptoms, length of hospital stay, need for oxygen therapy, or hospital admission.

Summary: The Good, the Bad, and the Ugly

Nasal suction and hydration are your best allies. You may elect to give a bronchodilator as a trial once and reexamine, if you’re a bronchodilating believer.

Steroids, antibiotics, and a blind obeying of the guidelines. Weigh the risks and benefits of every intervention, including hospitalization – it’s not always a benign thing.

Take a moment to assess the child and make a clinical diagnosis of bronchiolitis, after you’ve excluded cardiac disease, anatomic anomalies, and foreign body aspiration. Wheezing without upper respiratory symptoms is not viral, and it is not bronchiolitis.

When all else fails, remember: in the otherwise healthy, term infant greater than a month of age, if he is well appearing, euvolemic, and not hypoxic, he will often do well with good precautionary advice and supportive care at home. Every thing else: be skeptical, be thorough, and above all, be careful.

This post and podcast are dedicated to Linda Girgis MD, FAAFP, for her authenticity, innovation, and clear and honest voice on the the frontlines.  Thank you, Dr Linda.