So great to have Chris Simpson back on the podcast. Since we last spoke all the back for episode 15 of this podcast, Mineral wasn’t even reunited yet. We had a lot to catch up on. We talked about the Mineral 25th anniversary and how it was different from the reunion in 2014, the two new songs they wrote for the 25th anniversary book, and The Gloria Record’s reissue of A Lull in Traffic. I also continue to grill Chris about the unheard Gloria Record album I want him to finish and discuss the amazing new Mountain Time album at length which is out now on Spartan Records. At the end, if you stick around, Chris tells an amazing Antioch Arrow story. Lastly, the next volume of the Anthology of Emo book series was announced. Learn more at AnthologyofEmo.com 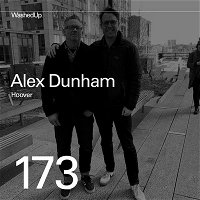