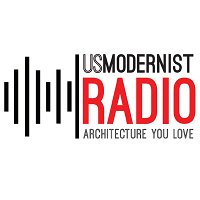 Every year, Sarasota Mod in Sarasota FL throws a great conference on mid-century modern and this year was focused on Paul Rudolph, an architect who made his name in exciting coastal architecture before moving on to become Dean of Architecture at Yale.  Rudolph's work is recognized around the world for bold, progressive masses.  People are polarized around his work.  Modernists praise his visionary designs of concrete and steel, others see them as cold and impractical.

Carl Abbott is one of the most important architects of the Sarasota style of Modernist design.  He studied at the University of Florida under Buckminster Fuller then received his Master’s from Yale with studies under Paul Rudolph and Louis Kahn. He has worked in Hawaii, in New York with I.M. Pei, and in London with classmates Lord Richard Rogers and Lord Norman Foster.  George Smart spoke with him about architecture and about Rudolph during the Sarasota Mod conference last November.

Next
#20.5/Stephanie Grosskreutz/Sarasota Mod/Paul Rudolph
← See all 224 episodes of US Modernist Radio - Architecture You Love