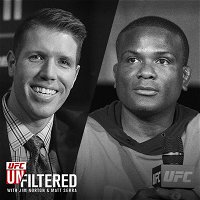 Here's part two of Jim and Matt's final show of 2021, where they invited pals of the show to pick their favorite moments of UFC action from the past year.

Brendan Fitzgerald kicks off the show to make his pick for 'UFC Knockout of the Year.' He also discusses Derrick Lewis setting the record for most knockouts in the UFC, what it's like to be a commentator during complicated technical matchups, and how he plans on taking a break from watching fights for the holidays before working the first UFC event in 2022.

Then, Din Thomas closes out the show, and the year, and makes his pick for 'UFC Fight of the Year.' He also explains the lavish outfit he wore while working at his last UFC event, shares what it was like to make a video impersonating Stephen A. Smith for the MMA Awards, and teases Matt with knowledge of what he should be looking forward to on the next season of Dana White: Lookin' for a Fight. 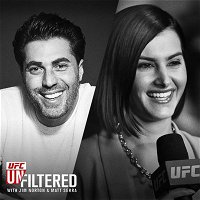 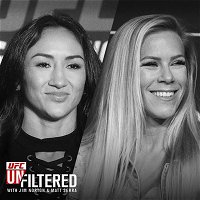