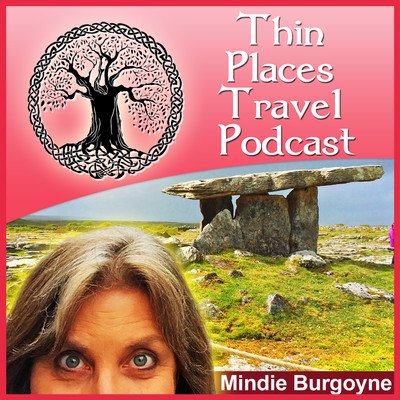 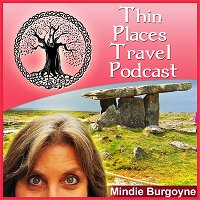 This episode is focused on the largest of Ireland’s islands – Achill Island. It lies of the coast of County Mayo, and can be accessed by a bridge. It’s an island of stories, of sorrow, of powerful women, and it has some of the most beautiful scenery is all of Ireland with sheer cliffs, amazing mountains, bogland, sandy beaches and historic villages.  Achill Island  - as my friend Ruth O’Hagan says, “… is one big, fat, giant amethyst sitting in Atlantic Ocean. And it’s true that amethysts were mined here, and one can still see the veins of purple in the gray rock cliff faces.

Achill is old landscape. Inhabitants of the island are said to go back 5000 years.  The Belfast born painter, Paul Henry visited Achill Island with the intent of staying a few weeks, but found that he couldn’t leave. He said of Achill Island, “Achill … called to me as no other place had ever done.” He ended us staying for years.

Patricia Byrne is a writer who currently lives in Limerick, but is from County Mayo and has Achill Island ancestors. The stories of Achill Island and her ancestors captured her imagination so strongly that she has spent years researching and writing narrative non-fiction about the island’s history and people.   She is a graduate of the NUI Galway writer program. Her most recently historical non fiction books are: The Preach and the Prelate: The Achill Mission Colony and the Battle for Souls in Famine Ireland

The Veiled Woman of Achill: Island Outrage and a Playboy Drama

In our conversation today, Patricia and I talk about the stories in her books, but also about Achill Island itself and many opportunities for travelers to the island.

It is the mountainside remains of a village that was deserted during and after Ireland’s Great Famine in the mid-nineteenth century. It includes the remains of over 80 cottages and also potato ridges – lazy beds.

The people tell stories of suffering associated with the village; of losing their lands on Slievemore and being forced to build new soil from sand, seaweed and peat closer to the seashore. The ‘lazy bed’ potato ridges are clearly visible to this day and evoke memories of the trauma of suffering arising from the failure of the potato crop.

The place and the stories carry the people’s memories of their history and their suffering. The historical trauma is buried in the soil.

People are surprised when they come close to the site and observe the detail of the houses and their construction methods as well as the still evident shape of the potato ridges dug into the mountain slopes. The Nobel Laurate writer Heinrich Boll had a cottage nearby in the 1950s and spoke of his astonishment on coming upon this village, ‘a skeleton of human habitation’.

The landscape carries powerful memories of our ancestors’ lives and their traumas. We can walk upon the ground where they lived, toiled and suffered. The place is a poignant image of leaving – through death and emigration – and absence.

Learn what you can of the place’s history and stories. Then go to the place, walk there quietly and reflect on what the place and landscape conveys to you.

The Preach and the Prelate: The Achill Mission Colony and the Battle for Souls in Famine Ireland

The Veiled Woman of Achill: Island Outrage and a Playboy Drama

Other Sites and People Mentioned in this podcast

Artists who fell in Love with the Rugged Beauty of Achill

Excerpt from Irish Journal by Heinrich Böll, read by Mindie