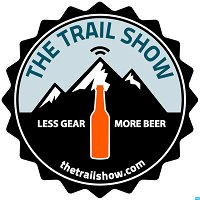 Show #86 – #breakyourownrules – On this month´s Trail Show the she hikers outnumber the he hikers, special guest Bethany “Fidgit” Hughes of Her Odyssey talks to us about her hike of the CDT, parking lots in Rawlins, farkle and morning fires. Also in studio we are joined by Sassuhphrass & Buddy. Sassuhphrass speaks on bobcats in the backseat, Buddy hangs with mountain goats and avoids the #divorcecycle, POD gets windy on Humboldt, Disco meets a French hiker in Alabama and talks Doug-fir cones, Death March sights Alice Largely, Fidgit embraces #MYOT, we get a call from Keanu Reeves, POD sees the demise of a privy in the Gunks, we learn 3 words, and someone recommends 2 pads 3 people. We sing to the monthly donors and spy into the mailbag! The group takes on Ask-A-Hiker and we deliberate on tent stakes during gear review.

Music on this month’s Trail Show was courtesy of Joshua “Bobcat” Stacy. Check out Bobby’s music at https://joshuastacy.bandcamp.com/.