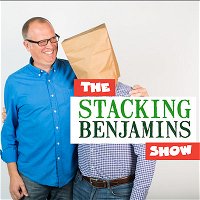 Know those people who say you need a 4-year university degree to reach success and financial independence? Our guest, Myra Oliver, has a thing or two to say about that. She's worked as a hairstylist, real estate broker, and now is our resident financial coach on today's show. Myra knew she didn't need a degree to reach her goals of financial freedom. Today Myra will share her story about working hard toward success. She shares stories about how she learned quickly how to bring in more money, how she manages real estate, surrounding herself with the right people, and how she and her husband were able to retire from their traditional jobs by age 33.

"You have to do what others won't, to get what you want." - Myra Oliver's mantra.

Plan on leaving something behind for your loved ones? Get your financial house in order first. We recently covered how former Zappos CEO Tony Hsieh passed away without a will, but you may remember Prince also didn't have a will. (Yes, we also talked about Prince way back in 2016). It turns out, that case is still ongoing, and the IRS believes Prince's estate owes over $32 million in federal taxes, based on a new valuation. During our headlines, we'll give you plenty of reasons to get your legacy in order today.

Plus, can you make 2020 Roth IRA contributions until Tax Day 2021 if you're already paying taxes for the new year? Stacker Josh calls in today with a voicemail for the Haven Life Line telling us he'd rather get it right now than have to deal with the IRS later... can't fault him on that logic.

As always, we'll also save some time for Doug's trivia, and much, much more. Enjoy!