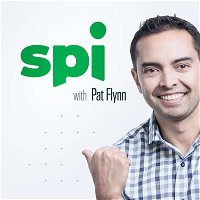 #470: What is it I've found, you ask? Let me tell you: a topic that I'm deeply interested in and a way to share it that's unlike what anyone else is doing.

In session 469, I talked to Nick from PokeRev about his Pokemon card collecting and how he's been able to create a community—and earn money—around his hobby. Over the last few months, he and I have built a friendship around our shared love of Pokemon, and I've joined a number of his live streams and even become a moderator for his community, the PokeCave. Seeing what he's doing inspired me to create my own Pokemon-centered YouTube channel, Deep Pocket Monster, where I've found a love for live streams. There I try to bring positivity and energy to inspire other collectors and create a fun space for families to join. I've learned so much doing those live streams, and now I want to share what's making those successful. Let's go! Show notes and more at SmartPassiveIncome.com/session470

Previous
SPI 469: How Nick Turned His Passion into a Diverse Entrepreneurial Goldmine

Next
SPI 471: How to Become a Better Communicator with Kolarele Sonaike
← See all 494 episodes of The Smart Passive Income Online Business and Blogging Podcast