MLK's "I Have a Dream" speech real or wishful thinking; The civil rights movement has been hijacked; Oprah complains about systemic racism, despite being a billionaire, she'd be a trillionaire in a fair system; The myth of systemic racism; Savage wants more police and higher salaries for them; If you want to always be told you're the problem as a white person, vote Joe Biden; Trump losing support from people who care about the environment and animals; Weather Underground has risen;

Paul Bedard of the Washington Examiner joins to discuss a new poll saying 80 percent of Americans want to see an increase in funding for police, running contrary to the left's push to defund and dismantle police departments. 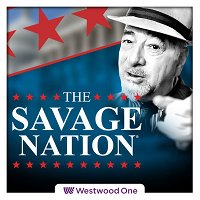 Previous
Eliminate Police Depts. In All Liberal Cities! Let The Criminals And Gangs Run Free. What Could Go Wrong? Next
Seattle Riots: Why Trump Should NOT Send In Military
← See all 273 episodes of The Savage Nation Podcast