“Run when you can, walk if you have to, crawl if you must; just never give up.”

Gracing us with his beautiful presence for a third appearance on the show, my guest today is none other than the legendary ultra-marathon man himself.

For those who missed RRP 115 and/or RRP 259, Dean Karnazes is an internationally recognized endurance athlete, New York Times bestselling author, and philanthropist globally lauded for his preternatural ability to push his body and mind to limits inconceivable to mere mortals.

Among his many palmerès, Dean has:

* Run a marathon to the South Pole in negative 40 degrees.

* Run a 200-mile relay race solo, racing alongside teams of twelve — on ten different occasions; and

* Run 50 marathons, in all 50 U.S. states, in 50 consecutive days, finishing with the New York City Marathon, which he ran in three hours flat

In addition to his many feats of mind-bending athletic prowess, Dean's first book, Ultramarathon Man not only personally inspired my path, it put the previously sequestered subculture of ultrarunning on the map, laying the foundation for the sport’s explosion in popularity over the last decade.

In recognition of Dean's accomplishments, Time magazine named Dean one of the “Top 100 Most Influential People in the World.” Men's Fitness hailed him as one of the fittest men on the planet. And Dean has been profiled in virtually every major publication, including features on 60 Minutes, The David Letterman Show, CBS News, CNN, BBC, ESPN, The Howard Stern Show, NPR's Morning Edition, and many others.

Most importantly, Dean is an overall stellar human, leveraging his copious talents for good.

Picking up where we left off three years ago, this conversation focuses on Dean's latest book, Running for Good: 101 Stories for Runners & Walkers to Get You Moving. An inspirational collection of personal anecdotes, it chronicles the physical and mental health benefits of hitting the road or the trail. More importantly, these stories demonstrate the power of running to catalyze a better world for all.

In addition, we discuss how his Greek heritage informs his running. His experience running the Silk Road. How he perceives his role in the global growth of ultrarunning. The power of embracing discomfort. And many other topics of interest.

A dear friend and mentor, I'm delighted to once again share Dean's grace, wisdom and experience with you today. 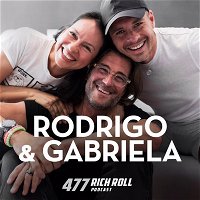 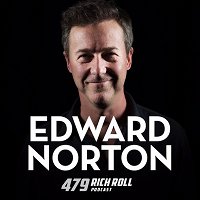