“Creativity is a muscle. It's a habit not a skill. It's a process not a product.”

Conventional wisdom frames creativity as the purview of a certain select few — a rare gift that eludes us mere mortals.

This is a lie. We are all born creative. More birthright than blessing, creativity is a practice. A habit not unlike any other skill or discipline. A muscle that can be built and flexed.

This week's guest takes the notion one step further, asserting creativity as a biological necessity — a transformative force that resides within us all that when unleashed delivers vitality to everything we do.

Chase Jarvis is many things. One of the most influential and award-winning photographers of the last decade, he is the recipient of numerous awards and accolades. Dubbed by Forbes as ‘the photographer everyone wants to work with', Chase has created hundreds of campaigns and commercials for the likes of Nike, Apple, Samsung, Google, and Red Bull.

As a photojournalist, Chase contributed to the Pulitzer-Prize winning New York Times story Snow Fall and earned an Emmy nomination for Portrait of a City, his documentary chronicling the legendary Seattle music scene.

As an entrepreneur, Chase is the Founder and CEO of two influential companies. His iPhone app Best Camera earned ‘App of the Year' accolades in 2009 from Wired, the New York Times, and Macworld. The first app that allowed users to share images direct to social networks, it is widely credited with kicking off the multi-billion dollar, global photo-sharing craze. CreativeLive, Chase’s second (and current) company, is the world’s largest live-streaming education company featuring the top experts in photography, design, music and entrepreneurship.

In addition to being an in demand public speaker, Chase hosts the wildly popular YouTube series and podcast The Chase Jarvis LIVE Show and has authored 2 best-selling photography books.

The focus of today's exchange is Chase's latest literary offering, Creative Calling. A fantastic primer on the power of developing your innate creativity to infuse your life with greater meaning, purpose and fulfillment, I can't recommend it more highly — a book that earns it's place alongside my personal favorite practice guides, The Artist's Way and The War of Art.

A long-time fan, I have been an avid consumer of Chase's high quality content dating back to the early days of the internet. A kindred spirit of sorts, I had always wanted to meet him. Today's encounter exceeds my expectations. 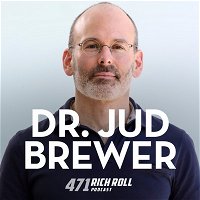 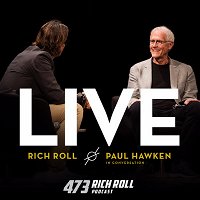 Next
We Can Solve Climate Change Now: Paul Hawken & IN-Q LIVE
← See all 563 episodes of The Rich Roll Podcast