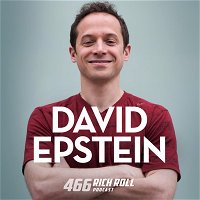 “You don’t change your identity overnight. You have to start with these little keyhole experiments until something that you think that was just an interest becomes a real passion or a vocation.”

Conventional wisdom dictates that mastery demands an early start. Relentless focus at the exclusion of other pursuits. And as many hours of deliberate practice as humanly possible.

Be it violin, painting, basketball or boat building, there’s simply no substitute for a life wholly devoted to developing that narrowly defined skill.

Hence the “10,000 hour rule” zeitgeist embrace — an edict divined by psychologist Anders Ericcson and made famous by Malcolm Gladwell.

But is this actually true?

Today’s guest put this theory to the test, researching the world’s top performers across a wide variety of disciplines to discover a most counter-intuitive truth — that early specialization is actually the exception to the rule. It turns out that the most successful among us are those who developed broad interests and skills while everyone else was rushing to specialize.

Today we explore why breadth is the ally of depth – not the opposite. And why generalists are the ones most primed to excel.

In addition to being an exceptional runner (he set the Columbia University record for 800 meters), David is a former investigative reporter for both ProPublica and Sports Illustrated with master's degrees in environmental science and journalism. Three of his stories have been optioned for films. And his TED Talk, Are Athletes Really Getting Better, Faster, Stronger? has been viewed over 8 million times (and even shared by Bill Gates).

David is currently best known for his two smash-hit bestsellers, The Sports Gene: Inside The Science of Extraordinary Athletic Performance and Range: Why Generalists Triumph in a Specialized World. A #1 New York Times bestseller, Range is arguably the must-read breakout hit of 2019 — a book as much about parenting as it is about performance.

This is an insanely informative and engrossing conversation about the benefits of being a generalist — in career, sports, science, art, and life.

In a world that heavily favors early specialization, we discuss why it’s often the late bloomers who prevail. Why it's the jacks-of-all-traders rather than the nose-to-the-grindstoners who ultimately blaze a path to greater success, happiness and fulfillment in both career and life.

We talk about the benefits of inefficiency. Why frequent quitters end up with the most fulfilling careers. And why failing isn’t just good, but the best way to learn.

My hope is that David’s message will inspire you to do the same.

And if you’re a late bloomer like myself, this exchange is certain to reassure and delight. 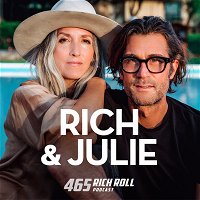