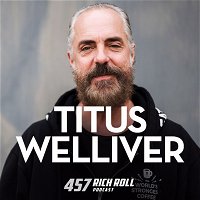 Hey it's that guy. You know the guy, right?

The guy with the crazy moustache in that Ben Affleck movie? The Man In Black from Lost? The Irish gangster in Sons of Anarchy?

Titus Welliver has one of the longest lists of working actor credits in Hollywood. Nonetheless, this über-talented veteran of stage and screen spent most of his storied career slightly outside Tinsletown's white hot spotlight.

But that changed with the 2014 premier of Amazon's Original Series Bosch. A hardboiled noir crime procedural based on a series of Michael Connelly novels, the show caught fire and is currently in production on its sixth season. Suffice it to say, Titus' heavily lauded portrayal of  L.A.P.D. detective Harry Bosch landed him center on the zeitgeist stage.

But this man is much more than an amazing actor finally enjoying his moment. He is a friend. And a true artist.

Perhaps an artist’s life was pre-destined for Titus. But his early passion for painting would eventually be displaced by a love of theater.

It's a career that would eventually put him on a trajectory to work alongside some of the most brilliant minds in storytelling. People like David Milch, the creator of NYPD Blue, Deadwood and John From Cincinatti, who would become a father figure to Titus. Steven Bochco, producer of Hill Street Blues and L.A. Law. And Ben Affleck, who has cast Titus in all of his movies: Gone Baby Gone, The Town and Argo.

In fact, it's been said that Titus has appeared in literally everything.

This is a conversation about what it means to live a creative life. What is required to succeed an artist. And what it's like to devote your life to mastering a craft.

We talk about how personal loss and fatherhood informs his process. Why gratitude and humility attract opportunity. And the importance of self-confidence, belief and personal drive in the artistic success equation.

While art is subjective, not all art warrants merit. Bad art exists. And there is indeed an objective truth to good art.

Titus is dedicated to this ethos. Today he shares his story.

The visually inclined can watch our entire conversation on YouTube here: bit.ly/TitusWelliver457 (please subscribe!) and the podcast is of course available on Apple Podcasts and Spotify.

I love this man. And it's a privilege to share his wisdom and experience with you today. I sincerely hope you enjoy the exchange.

Previous
Zach Bush, MD Wants You To Let Go Of Your Story 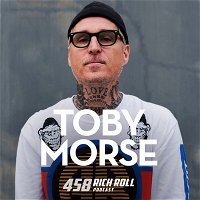 Next
Toby Morse On Punk, Parenting & PMA
← See all 563 episodes of The Rich Roll Podcast