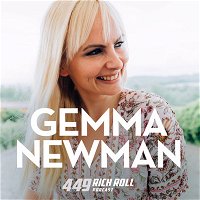 “Stay positive. Make a change for yourself. Tell others about your change. Feel good and hopefully, the message will spread.”

Recorded live during our recent Plantpower Italia retreat in Tuscany, I'm delighted to share a fun and highly informative conversation and audience Q&A with the delightful, whip-smart “Plant Power Doctor” herself.

Gemma Newman, MD has worked in medicine for 15 years, the last decade serving as Senior Partner at a family medical practice in the U.K.. She studied at the University of Wales College of Medicine and has worked in many specialities as a doctor including elderly care, endocrinology, pediatrics, obstetrics and gynecology, psychiatry, general surgery, urology, vascular surgery, rehabilitation medicine and General Practice.

In recent years she has developed a specialist interest in plant-based nutrition and lifestyle medicine, serving as a Jikiden Reiki practitioner and advisory board member of Plant Based Health Professionals UK. On the daily, she provides evidence based nutrition, mental and physical health modalities, energetic healing and lifestyle advice to her patients, who have gained tremendous results using the power of their plate.

As a broadcaster and writer she has been featured on numerous national press outlets including ITV, Channel 4, Channel 5 and Sky News Sunrise. She is a regular contributor Glamour, Zest and Health magazines and has appeared in the feature film Vegan 2018.

Gemma's journey to plant-based advocacy isn't rooted in ideology or moral compunction, but rather on hard science matched with self-experimentation.

As a young doctor in a high-pressure environment, like many newly minted physicians she began neglecting her own health. Struggling with her weight, and having bought into the background hum of ‘cut the carbs', she adopted a low carb diet. Calorie counting ensued, combined with a modest daily exercise routine.

It worked. Sort of. Dropping from a size 18 to a size 8, she was feeling pretty good about herself. Then she checked her blood profile to discover an elevated lipid profile, markers suggesting a tendency to heart disease. She shrugged off to genetics. Both her father and grandfather died relatively young of atherosclerosis. It's just something I was born with. Something I just have to live with.

Nonetheless, she couldn't shake the feeling that perhaps there was something she could do to alter this seemingly immutable fate.

Meanwhile, Gemma's husband Richard picked up a little book called Finding Ultra while training for the London Marathon. He decided to give this plant-based diet thing a whirl. Being the skeptical doctor she is, Gemma was less than enthusiastic.

Where would he get his protein? Won’t there be nutritional deficiencies? We will never be invited to friend’s houses for dinner ever again! How would I feed my family?

Undeterred, Richard completed that marathon, slicing an incredible one hour and ten minutes off his personal best.

This got Gemma's attention.

She had already been passionate about researching lifestyle medicine. How changes in stress, sleep, exercise and diet could improve health for a long time. But nothing was to prepare her for the powerful transformations that were possible when people embraced a whole-food plant-based diet.

Today we explore the result of Gemma's journey. How it transformed her life and medical practice wholesale. 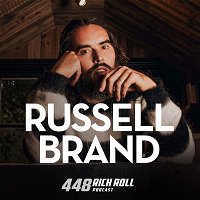 Previous
The Awakening Of Russell Brand 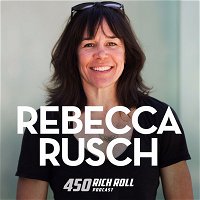