Claire Louise Travers is a humanitarian by profession. She's implemented humanitarian response initiatives in over 20 countries. She's also polyamorous, which means she is comfortable having concurrent romantic and sexual relationships.

When the 20th anniversary of Dossie Easton and Janet Hardy's book The Ethical Slut came out, she and one of her partners thought it would be a fun idea to read it together and discuss it on a podcast.

They called it Poly Pages. And because she's an academic at heart they decided to produce bonus episodes to talk to academics about research in polyamory.

Then she and her partner broke up, which put an end to the Ethical Slut Reading Group the two of them had started. In fact, that year, all her relationship ended.

But in true Claire fashion, she decided to do something useful with the podcast. Under the auspices of Poly Pages, she ran an event about decoupling in polyamorous relationships, and the webinar is available for purchase at polypages.org. I'll put a link in the show notes. And she's been running events for the polyamorous community ever since.

Look out for the White Supremacy in Polyamory On 19th June 2021, which is also available for purchase.

Breakups are a part of relationships, but I'm guessing most relationship coaches don't have a lot of experience with breakups when the people are polyamorous. How can we support the process best?

You can find the webinar on decoupling in polyamorous relationships for ten pounds or about $15 polypages.org.

Find @polypages on TikTok (her TikToks are hilarous and informative) and Instagram @polypages.

The takeaways for me were.

* Don't call it ethical non-monogamy because that implies that all non-monogamy is unethical unless stated otherwise. We don't say "ethical monogamy" do we? She wrote an article about this on medium which you can find at clairelouisetravers.medium.com

* If a person is going through a breakup, it hurts. Treat that breakup as its own thing.

* It's not really fair to ask other partners to support you through a breakup. You can lean on them a bit, but make sure you have other forms of support

* It's useful to have non-monogamous friends who understand your relationship structure and can be there for you.

* It can happen in polyamory that when one relationship ends, others can sometimes end as well. That hardly seems fair, does it

* In polyamory, there's this idea that relationships don't always have to end just because you've decoupled. Sometimes they transition into a different shape. In monogamy, almost all decouplings are abrupt breaks. But in polyamory, relationships stop being sexual or romantic, but they can transition into friendship, or co-working or another form of relating. (They're still break-ups, don't get me wrong).

Then some tips to be less sad after a breakup;

* Watch a scary movie. It's hard to be scared and sad at the same time

* Dance or move your body to work some of the feelings out.

Sign up to receive our emails with bonus content at http://TheRelationshipCoachShow.com, which is also where you can find the Spotify playlist of all the breakup and lovesongs we've featured.

feedback@therelationshipcoachshow.com for comments or feedback. 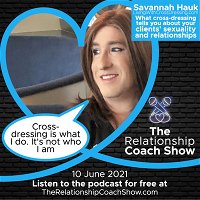 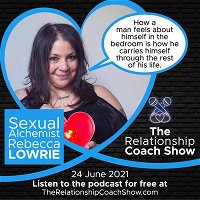