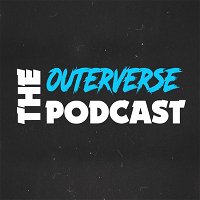 In todays episode, we are still ironing out the kinks in our set up while bringing the absolute heat of a show! We talked about everything from The Batman to Kevin Bacon horror movies. It was intense! haha We had a blast discussing Rick and Morty and Jordan Peele's Twilight Zone (season 2) trailer. We sported some sweet shades and some nifty button down clothing. And we also talked about quite a bit of conspiracy theories regarding the pyramids of the ancient egyptians! Im telling you guys, we hit it all in this one. haha And we had an absolute blast doing it. Also, Kendall farted quite a few times throughout the episode. Guess he was a little nervous. haha Thank you guys for listening to our second ever episode! We love you guys and we cant wait until next time!

New episodes every week! (Typically) Hosted by: Kendall (@KendallKnightMu) & Corey (@Belgianwafflegamer). Follow us on Twitter @theouterversepc. For business & inquiries or questions about the show, feel free to email us at theouterversebiz@gmail.com!

Previous
1. Pilot Episode - And So It Begins!

Next
3. The Boys Season 2, Keanu Reeves, & Greenland?
← See all 12 episodes of The Outerverse Podcast