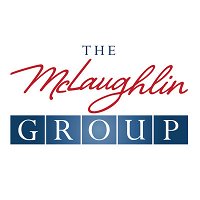 guest panelist this week is John Tamny from RealClearMarkets

Democrats are showing increased outrage at President Trump's refusal to concede the election to Joe Biden. Republicans say Democrats and the media have no interest in investigating potential voter fraud. Will we see this resolved before January 20th?

Earlier this year, the Pentagon announced the formation of an "Unidentified Aerial Phenomena Task Force" whose mission is to investigate UFOs that appear near military aircraft and facilities.

Iran promised retaliation this week following the assassination last Friday of Mohsen Fakhrizadeh. Fakhrizadeh was one of Iran's most senior nuclear scientists, with chief responsibility for the military components of the country's nuclear program.

Unveiling his economic team this week, President-Elect Joe Biden called on the Senate to confirm his nominees.

Next
Once More Unto the Courts, From China Not with Love, Mr. Musk Goes to Texas, Georgia Senate
← See all 80 episodes of The McLaughlin Group