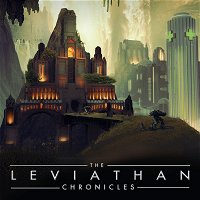 Lisette must convince Cluracan to help her and Harlequinn save Leviathan from the destructive AI that has brought the city to its knees. But she has already made enemies at the DefCon hacking conference that she'll need to outwit before she can leave Las Vegas.

Support Future Seasons of Leviathan! We need your help to fund future seasons of The Leviathan Chronicles. Please support Leviathan and see what upcoming projects we have planned by visiting www.leviathanchronicles.com/kickstarter. We'll be accepting contributions on Kickstarter until January 14, 2021.

Samantha Parker as The Narrator

Next
Awakening
← See all 67 episodes of The Leviathan Chronicles