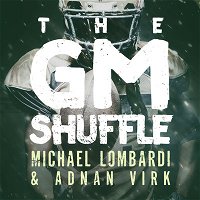 Todd McShay doesn’t think Jarrett Stidham is ready to lead the Patriots, but his opinion is based off of one game. A top 10 team in the NFL draft failed Tua Tagovailoa’s physical due to multiple injuries affecting the former Alabama quarterback. The guys preview the first 10 picks in the NFL draft, ESPN is still trying to figure out their Monday Night Football lineup, and Tom Brady goes on Howard Stern for an exclusive interview. All that and more on The GM Shuffle!

Previous
Wild-Card Playoff Expansion, Quarterbacks of the 2020 Draft, Biases In the NFL Draft